Things are progressing, and it does not appear to be for the greater good of anyone on the ground. The continuation of a breakdown of society and ultra-sinister methods being employed to keep people stressed, unsure and worried for their safety. As they well should be, there are ever more concerning reports coming out of various countries that should worry anyone. Canada (Quebec specifically), taking over parental rights. Infanticide up to 28 days after birth in some US states. Assisted suicide for mentally ill people. You can check out my article – More Than Sinister – if you want to hear more on that type of thing. They are going for money, food, housing, health – they are systematically dismantling them and the systems around them. Being headed by global organisations looking to fulfil statistics and targets they have set themselves. And we are the pawns. For no humane reason other than they want everyone hooked up to their plan of digital monitoring and identity. Again, check out my piece – Monitoring – for a more in-depth view on that, but I’ll brief it again shortly. They keep saying it’s ‘for your safety’ but do the complete opposite. Like someone drowning you, while telling you they are trying to save you.

The digital prison they are setting up for everyone isn’t a conspiracy either. It’s talked about in a very open and public way. ID’s, health information, finances, education, friendships, experiences, all controlled, influenced and monitored once it’s in place. We have been heading towards it for decades now and it’s coming to a head. The conditioning, the programming, the desensitising all coming together under one very controlled ‘shared event’. I believe this is important for them to lay the foundations for a set future. The Great Divide covers that too a bit and my speculation of what that group energy may be used for, but as a tool of manipulation and co-ordination, it can work wonders. People bond over the shared experience, it keeps it in living memory longer and can be more effective as a method of keeping people traumatised. Perhaps.

But after going for our health, and family and social units, they are now focusing on food. There have been various advertisements from the planners about bugs on the menu, synthetic meat, and lab grown products. Farmers are being encouraged and incentivised to retire, multiple food processing plants have been destroyed in the US in recent months, and leaders are warning of food shortages as they set them up. Ships being held in port, truckers being delayed, fuel prices set up screw everyone. Farmers are also feeling the squeeze with fertilizer prices going through the roof, pushing them further into ruin. These are the guys that literally put food on your table, well, them and truckers. But imagine your food is grown in a lab, and driven to you in a remote vehicle – no person or animal required. That’s where it’s headed. Many are talking about it, but I also see many asking what they can do to prepare for something this life changing. And make no mistake, this is a life changing event we are in, and only part of the way through. It may sound dramatic to some, but it doesn’t change the fact it is happening, and it has happened on our watch. Plan as best you can with the ever-changing information you have and can speculate upon. Try and guard yourself mentally and physically for any scenario you can imagine, and if you can’t imagine, find other people’s ideas to work with. When it comes to items you have or might buy, I now have a rating system. Things will fall into 3 categories if it gets as bad as people say it might. Is it edible, useable or tradeable? The EUT scale I shall call it. And to be fair, I should have been thinking along those lines anyway, the system of money, prices and inflation is a stupid system you can’t help be a part of, but it doesn’t mean there isn’t a better way.

And that’s what many have recognised here recently, the old way wasn’t working. So, I don’t want the old system back, and only slightly miss the familiarity of it. Really, it’s exciting to think there could be something new and different, but not for the sake of it, and not for the benefit of only the few. People and humans are not meant to be mechanical pieces of software and hardware to be used to satisfy others needs and strange visions. We are not compatible with their system, so they are trying everything they can to rewrite us and integrate us with it. Like I said previously, it may sound dramatic to someone else, but if we don’t steer this in the right direction, we might not be human for much longer… 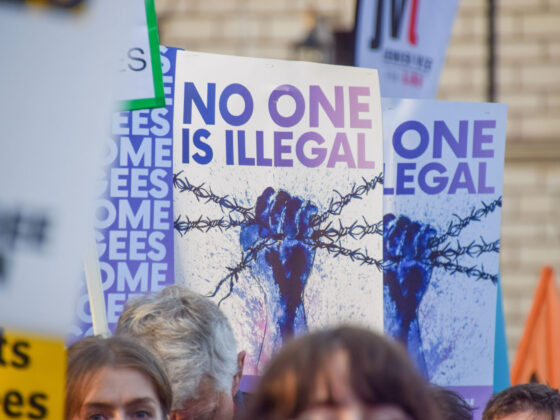