“The Government needs to become as flexible and mobile as an IT company, to automate all functions and services,… reduce 60% of officials, introduce large-scale privatization and outsourcing of government functions”: Ukraine’s Minister of Digital Transformation

Ukraine may be suffering a rising wave of rolling power blackouts and internet outages as the proxy war between Russia and NATO intensifies, but that doesn’t seem to have crimped the Zelensky government’s ambitions to transform the country into a digital wonderland. In the past week alone, Ukraine’s central bank unveiled plans for a digital E-hryvnia and Kiev signed a digital trade agreement (yep, they do exist) with the United Kingdom.

The newly signed “DTA” is ostensibly aimed at helping the Ukrainian economy recover from its current malaise while also boosting both countries’ digital output. And guess what it includes? A provision for collaborating on digital identity. From a UK government press release:

“[T]there is a critical need for people to be able to use digital solutions to prove they are who they say they are, despite the loss of critical documentation or displacement across borders. The agreement provides a framework for the UK and Ukraine to cooperate to promote compatibility between their respective digital identity systems to help address this.”

While it is true that identifying citizens in the midst of war is both a challenging and vital task, digital identity is an area in which Ukraine already excels. In fact, as the digital rights group Reclaim the Net notes, it has a great deal to teach the UK on the matter:

Diia was first launched in February 2020 by the Ministry of Digital Transformation, which itself was created in late 2019. The platform is partly funded by the European Union’s eu4digital initiative, which in its own words “aims to extend the benefits of the European Union’s Digital Single Market to the Eastern Partner States, channelling EU support to develop the potential of the digital economy and society, in order to bring economic growth, generate more jobs, improve people’s lives and businesses.”

The EU’s support of Ukraine’s digital transformation is also a means of bringing Ukraine closer to the EU Digital Single Market, according to Ambassador Matti Maasikas, the head of delegation of the European Union to Ukraine. Like Ukraine, the EU is determined to launch a The ultimate goal of Diia, which means “action” in Ukrainian, is to digitize and automate all government services as part of President Volodymyr Zelenskyy’s “State in a Smartphone” concept.

“For citizens, the government should be just a service – simple, but more notably comprehensible,” Mr. Zelenskyy said at the beginning of the Diia presentation. “In general, our goal is to make sure that all relations with the state can be carried out with the help of a regular smartphone and the Internet. In particular, voting. This is our dream, and we will make it real during presidential, parliamentary or local elections. It is a challenge. Ambitious yet achievable.”

This coming from a man who in March banned the activities of the country’s largest opposition party, the Opposition Platform—For Life party, as well as ten other political parties that Kiev regarded as “anti-Ukrainian” and “collaborationists”.

War as a Catalyst

Ukraine’s digitization of government services predates the conflict with Russia, but in the eternal spirit of never letting a good crisis go to waste it has been significantly expanded and accelerated in the succeeding months. In early March, Simon Johnson, a former chief economist at the IMF, and Oleg Ustenko, an economic advisor to Ukrainian President Volodymyr Zelenskyy, floated the idea of creating a universal basic income, paid for with the billions of euros of frozen Russian assets.

While the idea didn’t quite take off, due largely to fears about the potential blow back from expropriating Russian funds, Ukraine has experimented with digital financial handouts. On March 6, Ukraine PM Denis Shmyhal announced a “War-Time Economy” with a one-off payment of 6500 UAH (roughly $200) to employed, self employed, and other entrepreneurs who lost employment in some of the worst effected areas of hostilities. Given how desperate people in the country are, the offer of free government assistance is particularly alluring. Registration for the funds is only possible through the Diia app.

As Ukraine’s Minister of Digital Transformation and Deputy Prime Minister Mykhailo Fedorov told participants of the 2021 edition of the World Economic Forum’s Young Global Leaders program, the government’s goal is to create a digital ID system that within three years would make Ukraine the most convenient State in the world by operating like a digital service provider. “We are shaping a vision of a post-war Government,” he said. And in that vision, government will be digitized, privatized, automated and outsourced:

The Government needs to become as flexible and mobile as an IT company, to automate all functions and services, significantly change the structure, reduce 60% of officials, introduce large-scale privatization and outsourcing of government functions. Even in the customs. Only such a Government will be able to bring about quick and bold reforms to rebuild the country and ensure rapid development.

According to a September 2022 article for the IT solutions-for-development website, ICT works, by Washington-based Troy Etulain, a former adviser to the Ukrainian Minister of Infrastructure, the popularity of Diia is exploding at the same time that Kiev’s ambitions for the platform continue to grow:

In 2021 there were 12 million Diia users. By August 2022, the number had grown to 18 million, with 50,000-70,000 users joining daily. Vice Prime Minister and Minister of Digital Transformation (and friend of Zelensky) Mykhailo Fedorov has many remaining ambitions for Diia, his signature achievement…

Diia is quickly expanding its services. In August, Diia launched a service for people to register property damaged or lost due to Russian aggression in Ukraine, including as far back as 2014, when Russian began occupying Crimea. While citizens can apply now, a commission will be formed at a later date to assess damage claims. Soon the government will use it to make pension payments.

Minister Fedorov has the noble ambition of tackling petty corruption by moving small official transactions, such as applying for a building permit or obtaining any kind of license, to Diia as well. And in August, he announced integration of Diia with Poland’s myObywatel digital governance platform.

Next Up: A Ukranian CBDC

Etulain, who by his own account “has experience designing and implementing” media and technology development programs, “including strategies for the UN and USAID”, highlighted one of the next key steps in Ukraine’s digital transformation (which should come as no surprise to NC readers): establishing a central bank digital currency. As I have contended in previous articles as well as in my book Scanned, a central bank digital currency would be all but impossible to pull off without first installing a centrally controlled digital identity system. Which, as luck would have it, Ukraine already has. Back to Etulain (emphasis my own):

Each digital hryvnia would have its own unique identification number, just as each physical US dollar has a unique serial number and can be tracked along its journey through transaction after transaction. This would help tremendously with tracking how reconstruction funds were spent. And with increased international trust will come increased support.

The idea of a national digital currency (also called a central bank digital currency, or CBDC) is not new. The US Federal Reserve is considering a digital dollar. And in 2021 Ukraine’s friends across the Black Sea in Georgia launched their own digital currency, in large part to stem corruption (and to allow enable instant payments and, eventually, smart contracts). And in 2020 the National Bank of Ukraine considered the idea.

Obviously digitizing payments across the entire reconstruction value chain will make things more efficient, particularly if integrated with a digital hryvnia. And, in addition to digital currencies’ promise to lower the cost of capital (printing money, stocking ATMs, transporting it in bulletproof vehicles), just imagine the challenging, expensive logistics of providing cash in areas with decimated infrastructure. 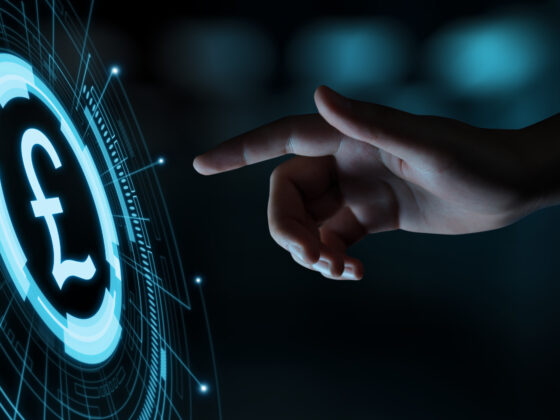 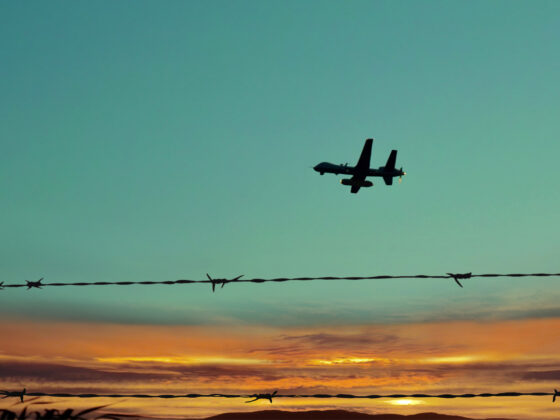