We see it a lot these days, an entitled attitude from people, and to be fair it was always there, just not so obvious for a time, sort of. Because we have different levels of it, just as as we have a class system, and ‘levels of society’. And let’s be honest, it starts from the top down. We have one family at the healm of our country, who ‘rule’ us, so I believe it begins there, going down through the levels until we see it has filtered through to most areas.

People think they are entitled to things, but let’s look at why that is. The definition of it being as follows –

“Entitlement – believing oneself to be inherently deserving of privileges or special treatment”.

And we’ve heard the word privilege enough recently with it being tacked on to a certain people of a pale complexion. But why is that? I always thought I was privileged to have been born and brought up in the UK, realising geographical location plays a massive part of who you end up being. Certain freedoms and opportunities didn’t seem as available for others, so I took that as being privileged. But there are others who have more, and less, on this same island. So there are grades of privilege once you look beyond the personal aspect. Having a certain surname, or attending particular schools will afford you certain privileges, regardless of your character it would appear. So I totally understand why people who are told they are privileged because they are white, may laugh a bit, and debate the point. The ‘working class’ have alway been looked down on by what they call ‘higher orders’ of society in this country. Which is why it’s slightly bemusing that people try so hard to get elevated to those ‘upper ranks’. Where I guess you too become privileged and can then look down on others? Because it wouldn’t be to help others now would it? Or that’s what they’ll say until they get there it seems.

But not many start at the bottom, genuinely at the bottom, and work their way up to any position of importance. The ones who are selected, under the pretext of being elected, start a foot or two ahead of others, and often then puts measures in place to ensure others get to go one step forward and two steps back. So where does this implied and followed set of hierarchical privileges stem from? And where does the apparent entitlement to them come in and how has it continued for so long? Now we see a general sense of entitlement has been filtered down to the normal folk of society. Is this so they can add more layers to the privilege cake? So that people will overlook the failings and ineptitude of those ‘privileged elite’ because you think you can get a step up near to it? I wonder.

But why do so many people think they are entitled? Because they have been told they are, without really questioning or understanding it perhaps. Missing the benefit to the ‘privileged elite’ of you believing you are entitled and acting as such. Making demands, waiting for your leg up or hand out, and casually falling for their trap. Because the system is rigged and we are all set up to fail unless you are already in the club. It just needs to look like an unknown makes it, or a rags to riches story to warm the heart and fuel the dreams they want you be distracted with. Or at least that’s how it appears on the ground when you really start to pull the thread. So tidy and neat on the face of it, but then a few holes, a couple of loose ends, and things that just don’t add up if you look beyond the smooth frontage of it all.

So, it suits their purpose for use to be stepping on each other, and scrabbling to get the bigger crumb they thrown down every now and then. Wanting you to want to be the crumb thrower, and not part of ‘the rabble’ pushing and shoving for crumbs. And while that occurs, they can breeze through and make their changes and adjustments to the world around you. And if you notice and start to have a problem with it, they tell you it’s you, you’re the problem. Or find a way to rid themselves of that problem, or to program it out of people using laws, rules, medications, education etc.

They can never really quite factor in all the variables though. Despite the determined consistencies, there will always be the ‘rogue element’ that persists in disrupting the perceived outcome.

Be the rogue element, not a determined consistency. 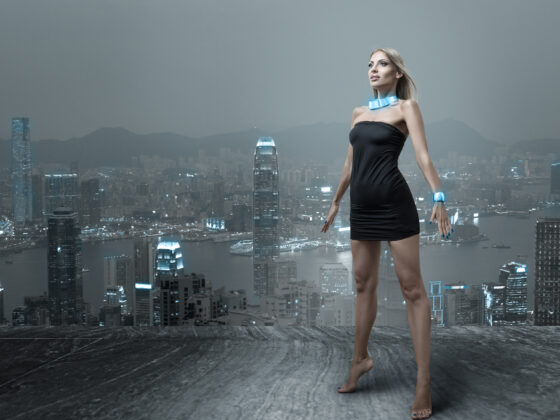 My Thoughts on Feminism