One economy, one language, one currency, one religion. One world government. The new world order. Sounds very much like an imperial empire strategy, not one of peace and harmony. But either way, that is what they appear to be shooting for, one step at a time. To bring everyone together in their ‘vision for the future’, it’s been observed they are trying to break and destroy what was and what is in place for a stable, normal life. Instead, we now have threat after threat, doom shoved down your throat on a daily basis, as well as just standard propaganda and manipulation. Covered in my article It seems an attack. Mostly by way of screen I might add, without being on the internet or watching TV, you would be hard pressed to notice anything had changed at all and in no way would have ‘seen a pandemic’. Same people walking around, same changeable weather, no-one really seems to be noticing, unless you are plugged in to the ‘world wide web’. Because we wouldn’t be able to maintain this level of input ourselves without it being streamlined for us, and fed to us in bitesize chunks, so that we can’t quite take it all in, but enough to do its job. To brew and fester, being topped up regularly with new doses of drama, ridiculousness and impending trauma. They know just how much is too much, before complete sensory overload and nothing gets in. So, it is drip fed to us, in stages and at the right time for maximum effect. It’s also a good scatter technique, being that there are so many leads and points of interest to follow, it dilutes the group who may otherwise be focused on one problem. Because not everyone can multitask or handle multiple problems and issues at once. A great line in the film Volcano, where Anne Heche (rest her soul), and Tommy Lee Jones are working it all out and she is trying to describe geological things to him, and he says ‘I can only fight what I can see’. It struck a chord with me then, and does now. Some people do only have the ability to deal with what is happening, not what will happen, others can focus on the will happen, and deal with the now. It’s varies greatly from person to person, as we see around us.

Because we now have constant access to news and information, they can and do use events and affairs abroad to be a distraction too as well as the ones at home they want you to know about. Back in the day not so long ago, you had to go to a library, or a bookshop, or ask someone if you wanted to know something. When a large event happened, you had to wait for either the 6 or the 10 o’clock news to inform you. Or the next day. Waiting for the newspapers to let you know the details, if they ever did. Now we can check on so much, so quickly, sensory overload is happening on a daily basis, and most of us actually do it willingly. Taking in thousands of images and words, ideas and opinions day by day, scrolling, skimming, checking, sharing, thinking. But what is it all for? Why do we feel the need for all this input and subsequent output it creates? They have designed AI around the human brain, so maybe we take so well to algorithms because we already were one. Seamlessly assimilating with technology and computers because we have the same set up with circuitry, mental wiring, hardware and software and processing centres. So, did they just take that bit from humans and recreate it, using AI as the cover to create half a human, the logical, cold, sterile half without heart, or compassion or feeling. Just lights and clockwork. Or is that what they would prefer we were, and that is why they try to quell what is human about us and disrupt, medicate and confuse what they call ‘The Human Condition’, as if what makes us human is what they are trying to ‘cure and control’.

It is now a coordinated effort by many institutions, organisations and foundations to change all societies as much as they can, taking out various hubs of infrastructure piece by piece to collapse the system. And make no mistake, they will already have their fully stocked and powered retreats and hideaways once they pull the plug on everyone else. They will be keeping fuel for themselves, then rationing it for you, same for food, water, money, resources, skills etc. If they just turned the lights out and walked off into the distance, we would all be fine. We would go back to a basic standard, regroup and sort ourselves out, but we aren’t in that position. They are poisoning our waterways, destroying agriculture and large parts of natural habitats, bringing and herding thousands of random people from their own countries into others, who no doubt are for strategic purposes. Because when the handouts suddenly stop for them, and they will, the crime rate will understandably increase, as it will within the native populations, because they are taking away peoples means to survive. Forcing it go move to a survival instinct phase.

Now, why would you want to destroy people’s fresh water, food, housing, education, finances, stability and safety? Sounds like a real time systematic breakdown of societies, but without everyone noticing all at once. Like I said above, they have so many areas being attacked at once, we can’t fight them on all fronts. I tried to convey this in my article It was a piece at a time, trying to highlight how they get in your life and under your skin so insidiously most didn’t notice when the process started. The politicians are facilitating this at every turn, so expecting them to ever be on the side of the people is folly, and the few who are allowed to say something, sure as hell aren’t allowed to do anything about it. They caused this and are helping to hasten it, and maybe it is unavoidable now, it’s gone too far and too much damage has been done to the people and what was a standard way of life – mentally, medically and economically. The wheels are set in motion for a showdown between the people and the authorities, they push for it at every turn and would want nothing more than for it to escalate. And I look at all these extra newcomers to the island being shown on the news and internet, and half of me sees them as in invading force as others have said, waiting for their signal to wreck havoc but the other half of me sees them as reinforcements. That they too have been used and forsaken, only needed as cannon fodder and bait, as someone always inevitably ends up being. But if people could come together and really see that it is a human way of life that is under attack, then maybe we could all be human and fight for it.

They’ve worked very hard over the years to dumb people down, distract them and supress or discourage natural instincts at every turn, so it’s not an easy task, this I understand. And now they are pulling the rug out from under people, after they firmly affixed it there, pretending they will offer you a ‘new, safer, more secure’ rug, just over there. In the form of digital debt and enslavement. By way of meters, monitors and biometric technology, to be further introduced into our lives by way of mandate, regulations, laws and rules. Talking about slowly phasing out people as part of the daily process other than as a consumer, and replacing human interactions with machines, cameras, checkpoints and credits for most normal things. For kids at school, for people shopping, working, socialising, driving etc. They would like to control it all. Why do they want, and appear to need to be so ingrained and intertwined with every aspect of each person’s life? It’s very creepy and extremely sinister, and we would all do well to start making other plans, outside and away from that odd little future they want us all to be a part of… 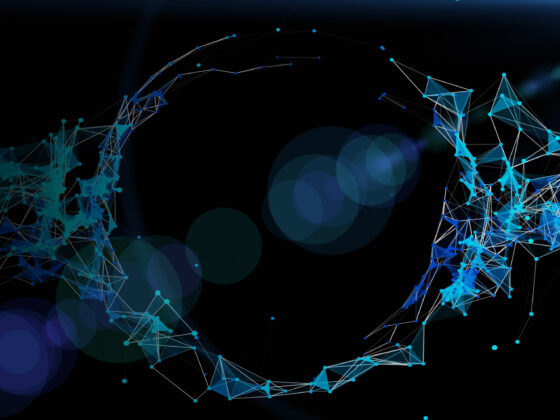