The new carbon-tracking credit card will allow those with it the ability to ‘connect their daily spending decisions to the change they want to see in the world.’

Vancity says its “Carbon Counter” Visa card is a Canada first and claims it is needed for “climate action.”

Those who sign up for the program will get a monthly total of their purchasing carbon footprint, as well as “advice” on how to make more “climate” friendly purchases.

According to Vancity’s Chief External Relations Officer Jonathan Fowlie, its members want “ways to reduce the impact they have on the environment, particularly when it comes to the emissions that cause climate change.”

He added that the new carbon-tracking credit card will allow those with it the ability to “connect their daily spending decisions to the change they want to see in the world.”

Vancity’s program is being launched in partnership with the German company ecolytiq.

Visa is also backing the program as well in what is known as a “green transformation” of the worldwide banking system.

The CEO of Visa Europe Charlotte Hogg said last year that “A significant shift is needed towards more sustainable behaviors to meet the global net-zero goals by 2050.”

Groups such as the World Economic Forum (WEF) along with the United Nations Framework Convention on Climate Change have been strong proponents of pushing agendas that track people’s finances, much like social credit like schemes in place in China.

A large part of the great “reset” idea is the implementation of purchasing tracking mechanisms on consumers under the guise of following one’s so-called “carbon footprint.”

Indeed, at this year’s WEF’s Annual Summit in Davos, Switzerland, China-based Alibaba Group spoke of new technology that would track people’s carbon footprints through the monitoring of their spending, eating, and traveling habits.

Klaus Schwab, the WEF founder and chairman, told thousands at the Davos summit that “the future is built by us, by a powerful community such as you here in this room.”

Since taking office in 2015, Canada’s Prime Minister Justin Trudeau has pushed the radical environmental agenda also being promoted by the WEF as part of its “Great Reset” agenda.

Indeed, Trudeau’s 2022 budget includes a portion that mandatory climate-related reporting is in the works for all federally regulated financial institutions in Canada.

This is part of a push for businesses to adopt so-called “Environmental Social Governance (ESG).”

ESG, as it is known, is a set of standards for business operations that can be used by global investors to see whether a company is following standards when it comes to its environmental, social, and governance work models.

A company’s ESG indicator can be used to create a climate “score” of a business, including its overall carbon emissions, along with internal accounting practices.

The Great Reset is a militant plan created by global elites that “seeks to ‘push the reset button’ on the global economy.” Its many critics say it would create a new world order with aspects of the Chinese Social Credit System.

In recent months, the Canadian federal government, citing “climate change,” has been looking to implement a “Great Reset” backed by nitrogen-rich fertilizer reduction policies in Canada like those in Sri Lanka and the Netherlands.

The Trudeau government said that a 30 percent reduction in fertilizer by 2030 is one of its goals as part of its radical climate agenda.

Farmers have warned that such radical fertilizer reduction policies will devastate the agricultural industry in Canada, which could lead to possible food shortages.

LifeSiteNews has reported that there is an official job posting by the Trudeau government for officers in the so-called “Environmental Enforcement Directorate.”

A June 2017 peer-reviewed study by two scientists and a veteran statistician confirmed that most of the recent global warming data have been “fabricated by climate scientists to make it look more frightening.” 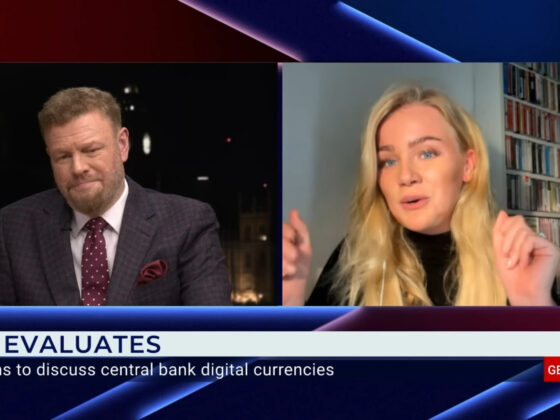