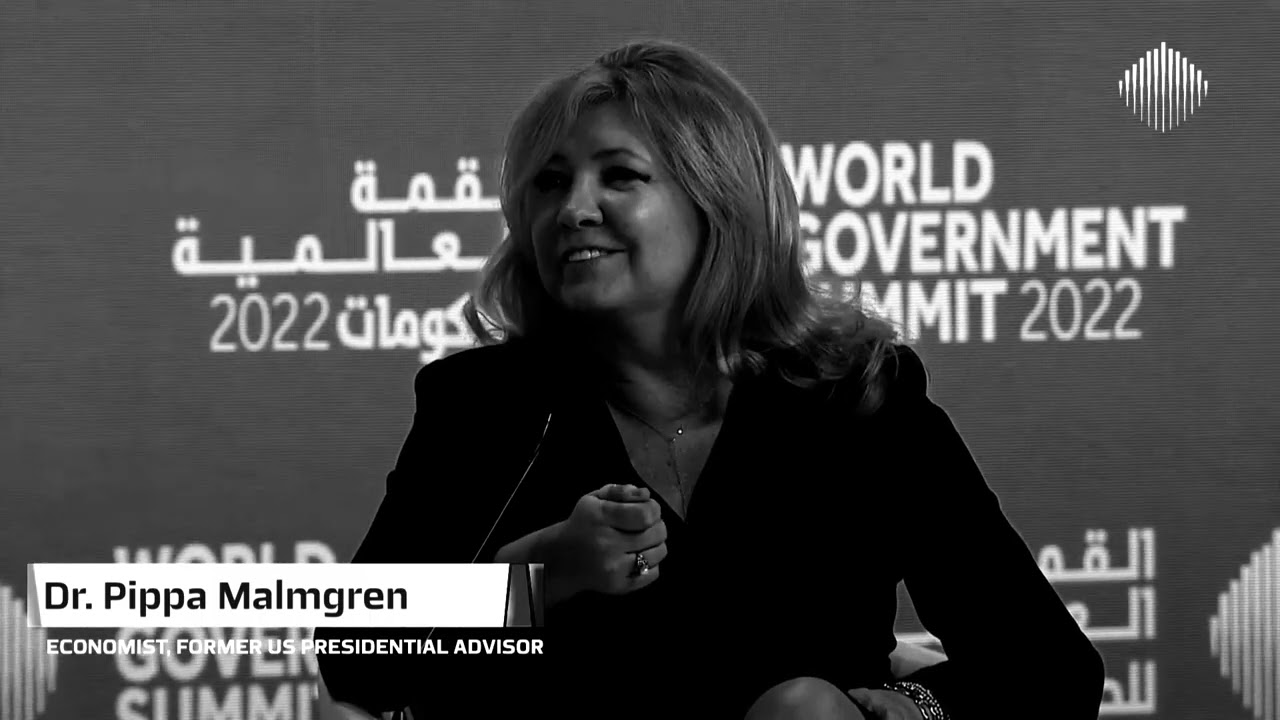 We’re on the brink of a dramatic change where we’re about to — and I’ll say this boldly — we’re about to abandon the traditional system of money, and accounting, and introduce a new one…. The new accounting is what we call “blockchain.” It means digital. It means having an almost perfect record of every single transaction that happens in the economy, which will give us far greater clarity over what’s going on…. It also raises huge dangers in terms of the balance of power between states and citizens.

At least the World Economic Forum and its counterpart now have the decency to title their videos candidly: “Are We Ready for a New World Order?” However, I’m pretty sure our supreme leaders won’t listen if I answer, “No, thank you.”

As recently as a year ago, I’d be labelled a “conspiracy theorist” and get locked up as a Twitter jailbird for claiming some cabal of banksters, economists and government leaders is planning a new world order for everyone along with a government-controlled digital currency to empower it. Now, it is table talk, and those who are planning it all are only too happy to share their thoughts, so confident are they in how it will go down.

At the recent 2022 “World Government Summit” in Dubai, the moderator directly raised the question, “Are you ready for a new world order?” During the conversation about that in the video above, Dr. Pippa Malmgren, who recently let me run her article about the dangers of digital currency here on The Great Recession Blog, made the above proclamation. She clarifies that she is not talking about cryptocurrencies that we now have that use blockchain technology but sovereign currencies that she openly states will be anything but private.

Central-bank digital currencies have become something global planners talk about openly in their world forums as a fact of the immediate future, not some faraway horizon. They are already being rolled out, as I described in my last article, “The Money of the Apocalypse is Rising in US Banks from the Ashes of the Cryptocrisis THIS WEEK!“

In her own article published earlier on my site, Dr. Malmgren warned extensively of the huge dangers that digital currencies will pose, but in this video she indicates she believes we can resolve all those problems with a “digital constitution of human rights.”

In my opinion, such safeguards are even less likely to protect everyone’s privacy than the FISA warrant system was when the Patriot Act became law, making the harvesting of all cell and internet data on a continual basis possible in the Bush II years. When I first read about the big black box being built by the NSA in Fort Meade, Maryland, to collect and store all that data, I never believed FISA would be respected carefully enough to prevent snooping into everything you’ve ever said and written in digital form.

We learned about just how weakly guarded the system is after it was used to snoop on presidential candidate Donald Trump back in 2016. Edward Snowden, who worked in the system, warned us about how it was harvesting all the cellular and digital data of leaders and ordinary citizens around the world well before that; yet, I remember reading about how it would do that when Bush first started building it, and I never trusted it to be safeguarded properly.

If protections are as weak as they were for Trump, who was likely to become president of the United States back when the exiting government wanted to gin up the Trump-Russiagate scandal, imagine how careless the system is with protecting your information! Without the vast powers of the presidency to go after the people who abused their powers against him — and even then to little avail — imagine how powerless even billionaire Trump would have been against this system. The digital data of all your calls and internet use is simply so abundant and so readily available, that the temptations to snoop whenever there is suspicion or even where there is merely hope for something suspect, as was the case with Trump, are great.

Far less do I trust a system of bankers to keep everything I do that can be traced through financial activity sacred just because they create a digital constitution for my privacy. Even less do I trust such a system not to be used by my government to shut me out of the world financially or narrowly regulate my financial activity if I do something the government disapproves of … just as Canada tried to do last year with digital money when people supported truckers striking against the Covid vaccine or as many governments did with Russian oligarchs through the regular banking system. Imagine how much easier that will be when they can simply use software switches to regulate your available options.

These central-bank digital currencies will be easier to do that with than cryptocurrencies were when Canada tried because they will be under full government control via the government’s banker and/or the US Treasury; and, as I said in my last article, they are coming online just as crypto has entered a global crisis of its own, making it suspect and government-regulated digital currency more safe in the eyes of many.

If you think Orwellian government risk has grown for you since the Covidcrisis and its lockdowns, forced career terminations and vaccine passports for public places, wait until you see all it can do to you to shut you out of life itself once money becomes fully digital. Dr. Malgren — although she seems like an advocate of such systems in the interview above — does about as thorough a job of pointing out the pitfalls of central bank digital currencies as I could, so I encourage you to read her article here if you haven’t already.

Don’t worry about whether the new cashless system will be accepted in the next year or two, though, because The WEF & Co. will come up with a beautiful video concert from around the world to assure us all of how wonderful the new-world odor of their money will be for all of us just as they did for us during Covid: (If you don’t have time for such a long and inspirational video, or the stomach for King Charles, I recommend you, at least enjoy the singing finish at 2:24:54. It’s as happy, happy as the cadmium yellow in a Bob Ross painting.)

Just so much to love about that New World Order. See all the smiling people, and you know it’s going to be good for you, too. “Take our vaccine. Use our money … and all this fun and freedom can still be yours … for as long as we decide it will be.” And, as they say in the video, it is so important that we all share our opinions about this now-dawning Aquarian age … so they can continue to ignore us or silence us on social media while assuring us how important our “conversation” is to them.

Soon, your money will even be able to accomplish all of the following bonus features to help us all live better lives … together:

David Haggith is the publisher/editor-in-chief of The Great Recession Blog. 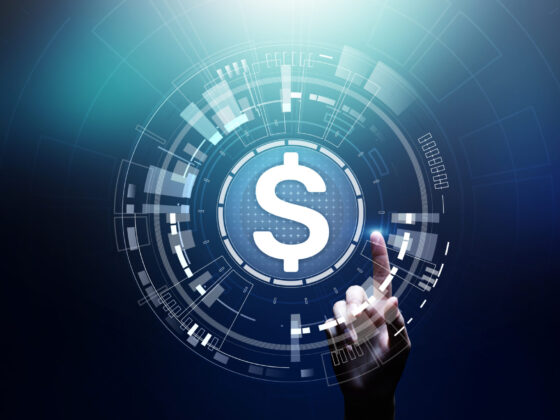 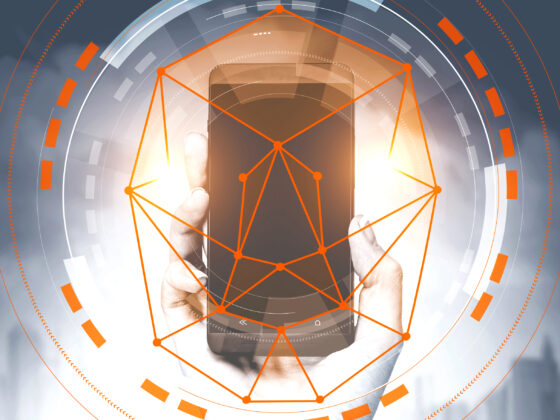 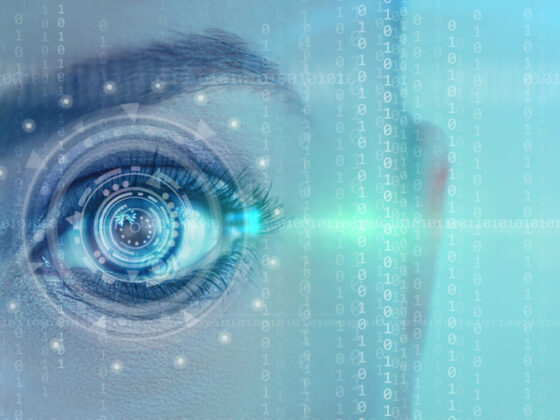