I firmly believe that the west is at war with a chaotic form of globalism that has more than one leader and is intent on replacing national democracies and liberties with a global autocracy. I believe the globalists aim at naïve to the point of madness and are existentially dangerous to the nations of the west. The following points succinctly summarize my research on globalism:

This article will concentrate our attention on the statement that the globalists groom and appoint presidents Prime Ministers, Chancellors, and internal governments, and then control them just as puppet masters control puppets.

Many people allowing sympathy with the ideas that outside forces influence our political landscape more than they should often believe this statement to be extreme. Past and future articles on this Substack are intended to show that it is not extreme at all.

Today we look at the role of the United Kingdom. Boris Johnson is basically history. What now? While we’ve seen plenty of people celebrating that WEF puppet Boris resigned, I haven’t seen plenty of people raising concerns that basically every candidate to take his spot is a WEF pawn as well. And apparently there’s now one of them who’s taking the lead. And dear UK, it is getting worse.

Our main focus today is Mr. Rishi Sunak. You will see how Rishi Sunak, previously UK Chancellor of the Exchequer, was globalized and made a puppet of the World Economic Forum and globalist leaders of the New World order. I must say at this stage that this is not in any way intended as a personal attack on Mr. Sunak or his family. That he and his family are indeed all respectable and decent people in fact makes this story even more alarming.

We start with a few statements from everybody’s darling Klaus Schwab, founder and executive chairman of the World Economic Forum. “The pandemic represents,” he says, “a rare but narrow window of opportunity to reflect reimagine and reset our world”. In 2020, he said: “To achieve a better outcome, the world must act jointly and swiftly to revamp all aspects of our societies and economies. In short, we need a Great Reset of capitalism.”

As well as the COVID-19 pandemic offering a narrow window, Mr. Schwab has invited participants of the World Economic Forum conference to set a target to achieve net-zero greenhouse gas emissions by 2050 or sooner. It was then stated at the COP26 Finance Day speech, November 2021: “So, our third action is to rewire the entire global financial system for Net Zero“. But it was not Schwab who said this. It was Rishi Sunak.

“Our third action is to rewire the entire global financial system.”

That man with only around six years experience of national politics and less than two years experience as chancellor has a track record that is not unblemished. Sunak was appointed UK chancellor on February 13, 2020, and at the outset of the COVID-19 pandemic he was a member of the cabinet that planned the first UK lockdown announced by Boris Johnson on March 23, 2020.

Let’s look briefly at how someone who believes he can rewrite the entire global financial system for NetZero performed during the COVID-19 lockdown in the UK. Sunak put forward several schemes to help the British people and especially businesses cope with the lockdowns. He announced the Coronavirus Job Retention Scheme where the UK government would cover 80% of a furloughed employee’s wages up to £2500 per month. This was duly noted on the WFC website. He made available the Coronavirus Bounce Back Loan and the Coronavirus Business Interruption Loan Scheme. It may be fair to say that these schemes looked excellent on a spreadsheet, but did not consider the harsh practicalities and realities of the commercial world. That includes corruption and fraud.

In June 2021, the Department for Business (BEIS) estimated the Bounce Back Loan would cost the taxpayers £27 billion in fraud or credit losses. In November 2021, it was reported that the furlough scheme had suffered a loss of £5.2 billion due to fraud. In January 2022, it was estimated that up to £5 billion pounds worth of loans had, in fact, been paid out to fraudsters. As a result of this miss management, Lord Agnew quit his role as treasury minister and called the oversight of schemes ‘nothing less than woeful.’

There thus seems to be a giant gap between the UK chancellor’s current track record and the enormous task of rewiring the entire global financial system for NetZero. But how did someone with very limited political experience come to be in this position, and how were his global philosophies inculcated? To answer this, we need to look at Sunak’s background. Sunak describes himself as a first generation immigrant. His parents of Indian descent immigrated to the UK from East Africa. Sunak’s father was an NHS GP (a general practitioner for NHS patients, which is the healthcare system of the United Kingdom). His mother ran a small pharmacy. He was born on 12 May 1980 in Southampton, Hampshire, England. He was a graduate of the £42,000-per-year Winchester college and Oxford University where he studied PPE (politics, philosophy & economics). In 2006, Sunak obtained an MBA from Stanford University, where he was a Fulbright scholar. This is important.

There are close links between Fulbright scholars and the World Economic Forum. I will pick a random example to demonstrate this connection: Miss Nima Elmi is the Head Of Government Affairs, Center for the Fourth Industrial Revolution, World Economic Forum. She is a UK Fulbright scholar. According to the WEF’s website, Nima was selected to join the Forum of Young Global Leaders by the World Economic Forum in 2016. This demonstrates one example of the young, idealistic and aspiring people who are utterly committed to global list ideas that Sunak will have rubbed shoulders with at Stanford University. He met another woman at Stanford: His future wife Akshata. Her father N.R. Narayana Murthy is India’s sixth-wealthiest man and is believed to be worth over US$3 billion. Mr. Murthy made his wealth through an IT company, called Infosys, which is a regular attendee at the World Economic Forum’s annual gathering in Davos.

This brings us to another important connection with globalism: Infosys is a company based in India. Murthy, although retired, is still featured strongly on the Infosys website.

It’s ’core capabilities’ require strong large customers, such as Pfizer and national governments for whom it develops systems such as Baby Birth ID registration. Infosys grew to its present size directly as a result of one aspect of globalization: outsourcing, where large companies and national governments reduce the work carried out nationally and outsource this work to companies in other countries, such as Infosys in India. To cope with work visas international payments etc. it is essential that outsourcing companies have a close working relationship with governments:

The connection between globalism and outsourcing is strong. This CGSRS report notes that globalization has led to an increase in the level of outsourcing of activities and functions by organizations. Very relevantly for this article, outsourcing has promoted the globalization and the integration of different national economies, resulting in a common global economy. The similarities of this statement with that of the UK chancellor is clear.

We left Sunak’s background at the point where he had met his wife. The couple married in her home city of Bangalore, India, in 2009 in a two-day ceremony attended by 1000 guests.

The very next year, Sunak’s father-in-law, Murthy, met David Cameron, the then UK Prime Minister. Who knows, Mr. Murthy may have mentioned that he now has a son-in-law who is keen to enter politics; “Is there a way this could be expedited?” And who knows, Mr. Cameron may have mentioned that the contribution to the Conservative Party might help. In any event, Rishi Sunak was selected as the conservative candidate for Richmond, Yorkshire in October 2014. The seat had previously been held by William Hague, a former leader of the party, Foreign Secretary and First Secretary of State, who mysteriously chose to stand down at the following general election. This was perhaps the safest seat to win for a conservative candidate in the United Kingdom. You have to wonder why it was offered to Sunak over other loyal conservative party member.

Whatever the rationale behind the selection, a few months later in January 2016 the World Economic Forum reported (in a now deleted article) that the important sponsor of Mr. Sunak, Prime Minister Cameron, had met US President Obama to discuss economic prosperity. A few months later, Sunak was duly elected as MP for the Richmond constituency, in the 2015 general election. He was then appointed as Chief Secretary to the Treasury by Prime Minister Boris Johnson, on 24 July 2019, and served under chancellor Sajid Javid until February 2020 at which point he replaced Javid and was appointed UK Chancellor of the Exchequer in February 2020. He was then able to follow the objectives of his globalist masters, as do many other politicians.

Let us be clear, this particular objective is to implement a global financial and economic system, regardless of what effect that has on individual nations. And many nations, including the UK, are seeing the standard of living being gradually but relentlessly reduced.

And although Rishi sooner had announced his spring budget in March, many people including Sir John Redwood the UK conservative party politician all call for an emergency budget to tackle the cost of living crisis in the United Kingdom.

This issue is a direct result of how the globalists—and in particular Klaus Schwab— perceive and define the world. In this simplistic and naïve and destructive perception, the world contains every country from the United States to China. But China, India, Russia, as well as much of Africa and the Middle East have their own twisted nationalistic plans. They watch while the west faces chaos from the globalists, while they take advantage of each globalist blunder.

This article has demonstrated the ease with which globalists can appoint government members, but the major conclusion should be that the attempted implementation of NetZero, the Paris Agreement the UN Agenda 2030, globalization in general will eventually fail. But meanwhile it will have a catastrophic impact on the west. 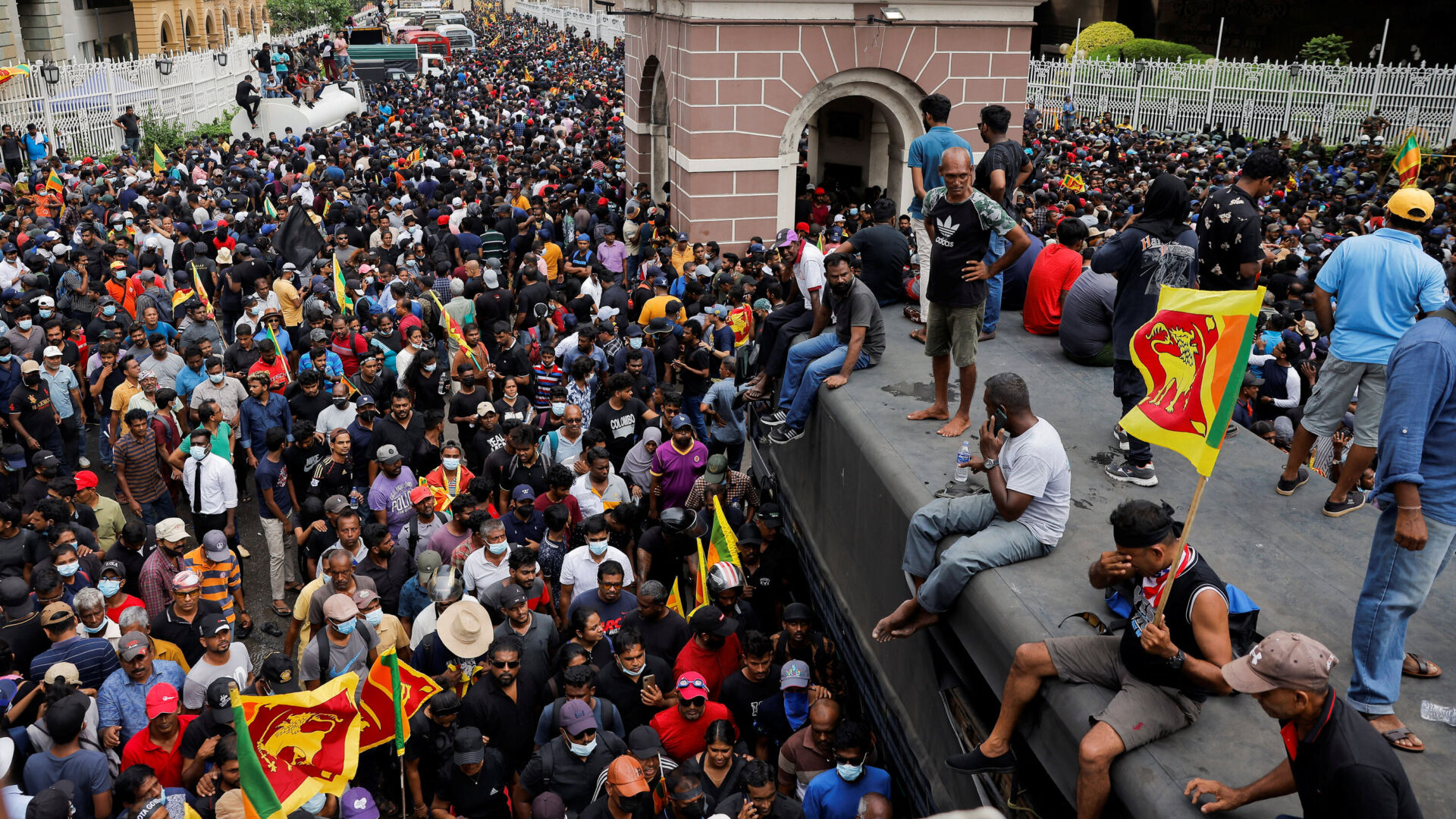 The Sri Lankan Crisis Is the Blueprint for The WEF’s Circular Economy, AKA the Great Reset 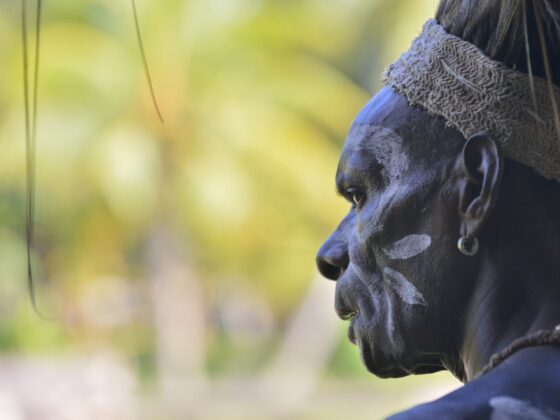