The Indian government is working to expand its ‘Aadhaar’ digital ID scheme by assigning unique identification numbers to citizens at the time of birth registration.

Birth registrations are linked to AADHAAR ID numbers in 16 states. According to the Indian government, all 28 states could start issuing Aadhaar digital ID cards at the same time as birth certificates soon.

In 2014, Narendra Modi, India’s prime minister, officially rolled out the Aadhaar cards – each with a unique 12-digit number. Enrolled citizens use the cards to apply for jobs and book trains, and the government uses the data to prioritize and economise welfare services.

Unique Identification Authority of India (UIDAI) oversees the Aadhaar system, which gives each Indian citizen a unique digital ID that can’t be forged or duplicated.

A State Level #Workshop on 'Recent Initiatives to Simplify Aadhaar Usage' was organized in Patna today Senior officials of #UIDAI & the Government of Bihar deliberated to promote #Aadhaar Usage & to push #enrolment for 0-5 years & other residents below 18 years of age. pic.twitter.com/AHtX6XlB5j

Aadhaar tweeted images from a state workshop aimed at “promoting Aadhaar usage and pushing enrolment for 0-5 year olds and others under 18”.

Aadhaar IDs are linked to the digital IDs of parents when a citizen is enrolled at birth. When a citizen turns five, their fingerprints and eye scans are recorded, and when they turn 15, they’re updated. All states will be able to issue Aadhaar IDs at the same time as birth certificates with UIDAI’s help.

UIDAI’s online dashboard shows that around 1.34 billion people are registered. India has a population of 1.41 billion.

Some activists have criticized Aadhaar for leaving hundreds of thousands of undocumented Indians and migrants’ fundamental rights unprotected. There were also concerns that private companies had access to Aadhaar data.

Law and privacy experts urged the Indian government in March to put a data protection policy in place before implementing data-sharing plans.

An upcoming draft policy document by the Ministry of Electronics and Information Technology (MeitY) outlines a plan to make all non-sensitive data created or held by government departments and authorised agencies shareable. 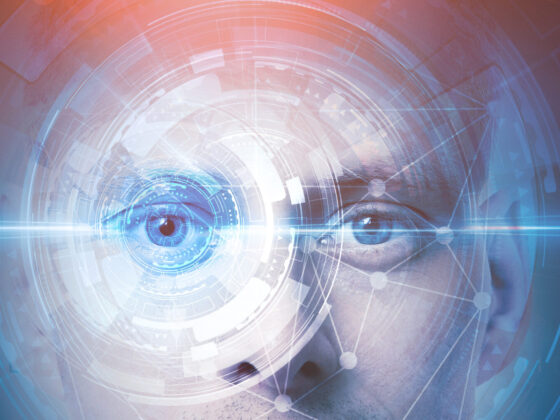 What is the WEF’s 4th Industrial Revolution?