A comprehensive digital ID system that will gather as much information as possible about people and use this information to determine their level of access to various services is one of the main dystopian proposal from the World Economic Forum (WEF).

This digital ID proposal expands upon a digital ID framework that the WEF issued in February 2022 and is described in a paper titled “Advancing Digital Agency: The Power of Data Intermediaries.“

According to this approach, the WEF suggests using individuals’ devices, telecommunications networks, and outside service providers to collect data on numerous elements of their “daily life.”

According to the WEF, a digital ID could gather information on a person’s online activity, past purchases, network usage, credit history, biometrics, names, national identification numbers, medical history, past travels, past use of social media, past use of e-government services, past use of banks, past use of energy, past use of education, and more.

The WEF notes that vaccine passports, which were and are required worldwide because of the COVID-19 pandemic, do “innately serve as a form of digital identity” and positions this digital ID framework as a component of the solution to a “trust gap in data sharing” in the report.

The WEF also applauds how vaccine passports have made it possible for governments to gather information about their citizens without their “knowledge and consent”:

“At a collective level, vaccine data is an incredible public health asset. The United Kingdom Government in particular has acknowledged this and has suggested that anonymization, pseudonymization and data shielding techniques could be harnessed in a controlled environment to allow for the reuse of that highly sensitive data. In such cases, notice and consent is not required per se for the reuse of the data, but the intermediary processes the data undergoes must be done in a controlled environment so that the findings of the data set are made available rather than the data itself.”

The WEF also gives a concrete example of how digital IDs could be used to authenticate a user (by using fingerprints, a password, or identity verification technology) and determine whether they should be authorized to obtain a bank loan by evaluating their profile (which may include their biometrics, name, and national identity number) and history (which may include their credit, medical, and online purchasing history).

The WEF continues by claiming that digital IDs will “enable the selection of preferences and the making of certain choices in advance” and eventually open the door to “automated decision-making,” where a “trusted digital assistant” “automates permissions for people and effectively manages their data across different services” to “overcome the limitations of notice and consent.”

The WEF has already proposed various comparable surveillance methods, such as turning your heartbeat into a digital ID. Now it is pushing for an intrusive digital ID system. The WEF has persistently pushed for vaccine passports and digital IDs throughout the pandemic.

Beyond these particular recommendations, the WEF is notorious for its globalist and transhumanist agendas, including the “Great Reset,” which advocates for people to “own nothing” and “be happy,” and the “Fourth Industrial Revolution,” which, according to WEF founder and chairman Klaus Schwab, will result in “a fusion of our physical, our digital, and our biological identities.”

“In the near future, similar monitoring systems will also be applied to the movement and tracking of people” — Klaus Schwab, The Fourth Industrial Revolution, 2017

Governments and commercial businesses are embracing digital IDs more and more. The idea of social credit-style applications that track citizens’ behavior and reward them for participating in state-approved activities is another one being promoted by several governments.

For example, one of the largest credit card firms in the world, Mastercard, implemented a new policy on who can use its services back in April, with a focus on “illegal pornographic content.”

Sites that host such content as defined by Mastercard are required to provide proof of identity and age of those appearing in the streams and videos. Additionally, they must have an appeals process that would allow any person appearing in videos to request that they be removed.

A report “encouraging the creation of a worldwide certification framework” for digital identification systems of people and objects, both physical and digital, was released by the WTO and WEF on April 12, 2022.

The idea of treating people like things to be followed, traced, and checked for conformity with specific standards is being normalized, even though the report is focused on digital identity as it relates to digitalizing global commerce networks.

“Traceability can also help to monitor the lifecycle of a product with a view to reducing fraud and theft or to assessing its contribution to a global circular economy” — The Promise of TradeTech, WEF & WTO, 2022

WEF founder Klaus Schwab wrote in his book “The Fourth Industrial Revolution” published in 2017 that any container, pallet, or shipment can now be fitted with a sensor, transmitter, or radio frequency identification (RFID) tag, enabling a business to monitor its location as it moves through the supply chain as well as its performance and usage.

Treating “humans” the same as “any package, pallet, or container” entails tracking not only our movements but also how we are “performing,” “being used,” etc. In this dystopian scenario, those who control the data and establish the regulations turn “We, the People” into “They, the Product.”

According to this, while governments and businesses enrich themselves by acting as human “service providers,” “you’ll own nothing, and you’ll be happy.”

As claimed by historian and one of Schwab’s main advisors, Yuval Noah Harari, these public-private “service providers” will rapidly become “digital dictatorships” that rule over data colonies.

“If you have enough data about me and enough computing power and biological knowledge, you can hack my body, my brain, my life” — Yuval Noah Harari, WEF, 2020

Harari correctly notes that “the emergence of digital dictatorships that will monitor everyone constantly” is a threat to mankind.

Harari stated in his keynote address at the WEF meeting in Davos in 2020, “This danger can be stated in the form of a simple equation, which, I think, might be the defining equation of life in the 21st Century — B × C × D = AHH — which means Biological knowledge multiplied by Computing power multiplied by Data equals the Ability to Hack Humans.”

Harari asked whether we are at a stage where Huawei, Facebook, the government, or anybody else can systematically hack millions of individuals and find out things like their health status, their vulnerabilities, and their personal background. And I assure you: yes, we are.

Real-time tracking, persistent surveillance, and data collecting are all necessary for predicting and controlling human behavior. These are all characteristics of digital identification systems, The Fourth Industrial Revolution, and The Great Reset.

Public and corporate “service providers” will likely employ digital identities to track and trace our real-time interactions and movements as if we were commodities to be turned into services.

“Authoritarianism is easier in a world of total visibility and traceability” — WEF Global Risks Report, 2019

Remember that Klaus Schwab predicted in 2017 that “similar monitoring technologies would also be used to the movement and tracking of individuals” and that “almost everything might be connected with a sensor, transmitter, or RFID chip.”

What Schwab described was a technocratic surveillance and control system comparable to the Chinese Communist Party’s (CCP) social credit system, which assigns rewards and punishments based on a person’s compliance with authoritarian decrees — as is the case with vaccine passports, which, according to the WEF, serve as a form of digital identity.

To control which goods, services, and information we may access, digital identity enables governments and businesses to have complete visibility and traceability over people and things – both physical and digital.

And what did the WEF say in its 2019 Global Risks Report on complete visibility and traceability? 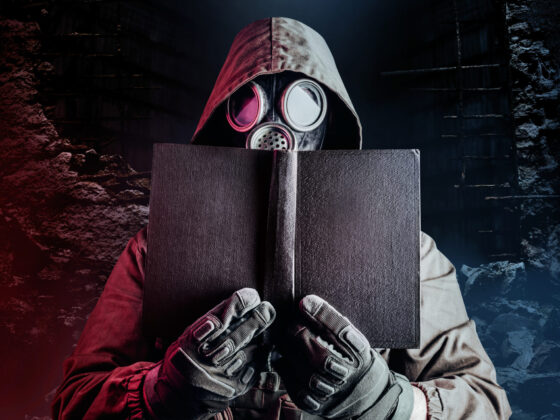 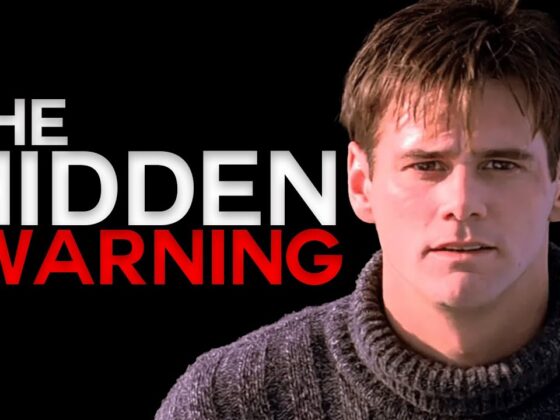 The Truman Show Tried To Warn You