Senator Antic fears we will soon have a social credit-style system like the one currently rolling out in China with the CCP.

Australian Senator Alex Antic recently warned in parliament about the rise of the digital surveillance state. He questions what is happening to all the data being collected and advises people on how it might be used against them.

The Senator explains that Australians are sleepwalking into a technocratic future as so-called “smart city” technology rolls out across the country. Invasive technology such as facial recognition cameras are now commonplace in Australian cities, along with digital ID and central bank digital currencies. Australians are staring at a CCP-style social credit future, he warned.

We have already lived through the early stages, explained Antic. Watch as he speaks in the Senate about our digital future:

After his parliamentary speech, the Senator traveled to the city of Unley in Haywood Park, in South Australia, to show people exactly what he was talking about and why he was so concerned.

Senator Antic filmed himself at the park and showed one of the many computer terminals where you can request all kinds of information about Haywood Park via a touch screen under the heading ‘Smart City’. For example, you can request information about barbecue usage in the area. Imagine a world not far from now, says the Senator, that your government has declared a climate emergency and no one is allowed to put meat on the barbecue to ‘save the planet’. Then the police will come to find you and turn off your barbecue, warns Antic.

‘Your city is tracking you’

The Elites want to dictate every aspect of your life, from what you eat, to where you go, down to how many times a week you are allowed to shower and wash your clothing.

Unsurprisingly, the park’s information screens also provide information about toilet use. “We don’t need to know that at all,” said Antic, who thinks we’re in for a “dystopian future.” He could also request information about the use of electric cars and how often they are charged.

Information is also collected about how many unconnected Wi-Fi devices there are. “So that will be everyone’s phone,” explains the Senator. Most alarming is they know exactly the number of people in the park. Imagine there is a lockdown in place due to a new outbreak of Covid or Monkeypox, whatever they come up with. Then your government can send you away if there are ‘too many’ people in the area, he warns.

Even if you were to leave your phone at home, “the cameras will pick you up in the future,” he warns. “This all seems very innocuous, but the reality here is what we are seeing is very real and very, in my view,” says the Senator, “concerning the future for how we go, these areas will all be geo-fenced.” More and more data is being collected daily about individuals and their actions.

The Senator is shocked that so many citizens say, “I’ve got no problem with any of this. I don’t do anything wrong.” Well, that all depends on whether or not your government has the same viewpoint as you, he warns. He reminds people that we’ve seen this play out in the last 18 months through the Covid period and what the government deems right and wrong.

“I must tell you; I don’t like this at all. Looks pretty innocuous. But to me, there’s a whole bigger, badder future that comes with it. So make sure you’re thinking about this. Make sure you’re talking to your friends about it. And make sure you’re telling your politicians that you don’t want a social credit style system like currently rolling out in China with the CCP [Chinese Communist Party]. We don’t want to go anywhere near this. But, unfortunately, I have a bad feeling that this is where we’re headed,” warns Senator Antic. Dystopian companies are planning the future of life 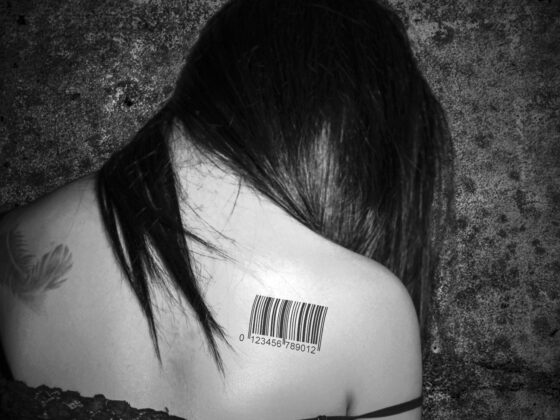