Despite the Elites’ attempts to smear the Great Replacement as a conspiracy theory, they can not deny the massive demographic changes in Europe and the United States.

Pro-Abortion Democrat Chuck Schumer is taking a page from European Union’s great replacement scheme and suggesting that America is no longer “reproducing on its own with the same level it used to.” So, to supposedly “save our civilization,” the Globalist Senator calls for amnesty for at least “11 million or however many” illegals currently in the United States. Mass immigration by alien cultures is one of the weapons deployed by the left to destroy Western Civilization.

“Now more than ever, we’re short of workers,” he said. He added, “The only way we’re going to have a great future in America is if we welcome and embrace immigrants, the DREAMers [Development, Relief, and Education for Alien Minors Act] and – all of them. Cause our ultimate goal is to help the DREAMers but get a path to citizenship for all 11 million, or however many undocumented immigrants.”

In his book, The Population Bomb, published in 1968, the American biologist Paul Ehrlich wrote that the best method to reduce population is the legalization of abortion. And that was without even considering the effect of birth control.

Schumer’s call for a path to citizenship is distinct from previous calls for amnesty that would have granted those in the country illegally legal permanent residency and permission to work and pay taxes.

Such a path to citizenship is likely to include the right to vote, which would permanently transform the American electorate by adding anywhere from 11 million to 30 million new voters. Unfortunately, new voters will likely not have any connection to American or Western culture, history, or values.

As Tucker Carlson explains, one of the many reasons Democrats are importing migrants is to expand their voting base:

Europe: A Model for the Great Replacement

In the upcoming decades, it seems Europe will no longer belong to Europeans; as reported by Gatestone, in one generation, Europe will be unrecognizable:

Europe, as it is aging, no longer renews its generations, and instead welcomes massive numbers of migrants from the Middle East, Africa and Asia, who are going to replace the native Europeans, and who are bringing cultures with radically different values about sex, science, political power, culture, economy and the relation between God and man.

Jean Renaud Gabriel Camus, co-founder, and President of the National Council of European Resistance, is a French writer known for having coined the phrase “Great replacement” — referring to the reported colonization of Western Europe by immigrants from North Africa and the Middle East.

The Archbishop of Strasbourg, Luc Ravel, who Pope Francis nominated, declared that “Muslim believers know very well that their fertility is such today, that they call it … the Great Replacement. They tell you in a very calm, very positive way: ‘One day all this, all this will be ours …”.

Former populist French MP Marion Marechal rallied conservatives to resist the Great Replacement. She stated: “The first major challenge, the most vital, is the Great Replacement, this demographic countdown, which already makes us realize the possibility of becoming a minority on the land of our ancestors.”

She added that the consequences of the Great Replacement would be a “multicultural society that wants to be fractured and violent.”

Camus asserts that those behind mass migration policies view people as interchangeable units rather than human beings. Mr. Camus spoke to Breitbart London in 2018, saying that world elites or Davocracy, after Davos, Switzerland, where the World Economic Forum (WEF) gathers support:

the change of people and civilisation for the sake of the industry of man, the economic system which produces the Undifferentiated Human Matter, the human Nutella, spreadable at will.

Europe: The Substitution of a Population

Despite the Elites’ attempts to smear the Great Replacement as a conspiracy theory, they can not deny the demographic changes in Europe and the United States. As reported previously at RAIR, by 2050, “twenty percent of the European population will be Muslim due to Western Europe’s pursuit of multiculturalism and mass migration.” In Belgium, one-third of the country’s population is of foreign origin, and in Brussels, Belgians are already the minority.

According to Gatestone, “within a generation, Sweden’s third-largest city, Malmö, will have a population in which the majority of people are of foreign background.” In 2008 researcher Kyosti Tarvainen predicted Muslims would be the majority in the next several decades. Swedish journalist and acclaimed author Gunnar Sandelin explains that 30% of the population is now foreign-born and “Sweden will become Europe’s most Muslim-populated country,”

In 2050, a third of Italy’s population will be made up of foreigners, according to a UN report, “Replacement Migration: Is It a Solution to Decline and Aging Populations.”

Italian think-tank Fondazione Fare Futuro predicts that half of Italy’s population could be Muslim by the end of the century due to mass migration and the different birthrates of Christians and Muslims. In just ten years, the number of migrants in Italy has surged by 419%.

In Germany, over one-quarter of the population is from ‘migrant backgrounds. ‘ France recently released demographic statistics showing the shocking growth in numbers of non-European migrant children in France. In many areas across France, over 75 percent of children come from non-European backgrounds.

“In 2050, we will be a half-Islamic country; in 2100, we will be an Islamic republic”, according to Éric Zemmour, the journalist and former presidential candidate in 2022. Gatestone reports:

this difficult but staggering reality denounced by Zemmour is recognized by everyone, even on the left. Radical left leader Jean-Luc Mélenchon predicted the same kind of scenario, calling it “creolization by 2050”.

In the book Grand Manipulateur, the journalist Marc Endeweld reveals what France’s President Emmanuel Macron says in private on the sensitive issues of immigration:

“The Elysée employees have confided to me that in recent months, especially on the issue of immigration, Macron has not hesitated, in front of his colleagues, to take up Éric Zemmour’s formulas on the Great Replacement. He is obsessed with it”.

Marseille, the second largest city in France,” according to the latest issue of the French monthly Causeur, “is already a quarter Muslim. In addition, the proportion of people aged 0-18 born to two non-European parents is exploding in urban areas throughout France; it is a historical demographic change.”

The city of Lyon is already one-third Islamic. Moreover, 18% of newborns in France bear a Muslim name. In the 1960s, the figure was 1%.

A startling 5.5 million illegal immigrants have been encountered on our borders just since President Biden took office, a report from the Federation for American Immigration Report (FAIR) found.

FAIR’s report also notes that border patrol agents encountered 98 known or suspected terrorists in the fiscal year 2022. The number does not include terrorists who may be embedded within the 1.1 million illegal aliens who evaded law enforcement when entering the country, reports Breitbart.

A Clinton-appointed federal judge on Tuesday struck down Title 42, one of former President Donald Trump’s signature border security measures. Trump implemented Title 42 during the Covid pandemic, authorizing border personnel to turn away illegal border crossers because an unknown number are infected with Covid.

After the Judge’s decision, nearly 1,000 mostly Venezuelan migrants living in a makeshift encampment in Juarez surged across the border into El Paso Wednesday night. The migrants were camped out and waiting for an end to Title 42 expulsions.

Although illegal crossings from Mexico are at unprecedented levels, 2+ million per year, estimates are that the number could double without Title 42.

As of October 2022, the number of illegals crossings at the southwest border for the fiscal year 2022 topped 2.76 million, breaking the previous annual record by more than 1 million, according to Customs and Border Protection data.

Furthermore, Joe Biden has also been flooding America with “refugees” from terrorist hotspots around the world through the corrupt U.S. Refugee Admissions Program. This controversial program was the brainchild of then-Senator Joe Biden. The U.S. government has actively worked for years with the United Nations to select refugees from third-world countries, primarily Islamic, to place in towns and cities across all fifty states.

Learn more about the refugee resettlement program designed to change America by changing its people:

At this point, it becomes increasingly difficult to deny that the purpose of mass migration is to destroy local and national cultures through dilution. Furthermore, the left is using illegals to ensure more votes and thus seize power. We have enough historical data from the past few decades to know that the legal systems, cultural norms, and equal rights of Europeans and North Americans are being obliterated. 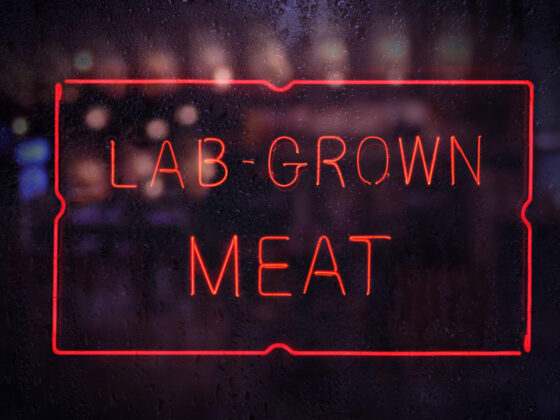