They made a big point about it in the film. If you died in The Matrix, you died in the ‘real world’ because your brain doesn’t recognise the difference. Maybe that’s why death is such a weird thing to us, because we have no reference point for it, you just aren’t here anymore. And that’s the thing, traces of that person are still there, things they owned, people they loved and who lived them (in best cases), a legacy left behind whether it be by way of family, or money or achievement. Some people fear not having any of those things to leave a mark with, leaving nothing to show you were even there. And I’m sure there have been many that fall into that category. But what if it was the other way round. You don’t die, but everything is taken away from you as if you had, your existence is wiped out, while you are still alive? All because the computer says no. I’ll do a film list again as I think it illustrates my point, and where lots of these ‘new systems’ seem to be headed.

Enemy of the State (1998) – a very good example of what happens when you are in the way of something the government is up to, and the lengths they may go to eliminate you, or removed you from being able to function in everyday life. By freezing bank accounts, tapping phone lines, using satellites to monitor and pursue a person. All because they knew something which could incriminate people doing wrong. Put forward as fiction, but you can very easily see the problem when you watch it.

Hackers (1995) – another good example of what can go wrong with technology being wielded by those who have nefarious agendas. But it is tech people who save the day, by using their own tools against them, but the main point for this film, was one thing mentioned in it. As a threat in fact to try and bribe someone, showing that they could digital alter someone’s image to match a name and details of a criminal, have them arrested, and then change the picture back, so that they are then ‘lost in the system’. It may seem like a small thing, but an awfully important one. If you can’t prove who are because a computer says otherwise, and is treated as more trustworthy than a human (despite being designed and programmed by a human in most cases), then what chance do we have? We have already had the rise of the machines, and were we too lazy to even notice, let alone resist or ‘fight back’?

Eagle Eye (2008) – a national security computer goes rogue and sort of pretends to be a person in order to get people to do things, communicating through telephone, text and email, ordering things and setting up locations and instructions. All very weird, but a good film. But again, as with the next film, highlights how something programmed by a human, and is set with limited parameters will not be to our betterment, in my opinion.

iRobot (2004) – another where the initial programming by a human is taken very literally by a robot created to save us all from ourselves, who then unleashes a robot attack to control people ‘for their own good’ because we are so destructive. But that film is mentioned here for its coordination of said robot army, all connected by a central hive link, all marching to the same drum. If they get to monitor all your conversations, and always listen, as well as talk silently themselves, how would you know?

There is something very sinister about a person trying to be your overseer, and be in control of your every move, deciding what to ‘allow’ or ‘deny’ you, so why would it be any less creepy because it is a mechanical representation of a humanistic ideal. Robots are already intertwined with our current society, just the faceless ones behind the scenes, the programmes and the AI they have running things or involved. But now they want them to have faces, and legs and some kind of presence right alongside you. Taking away the personal human approach, which to be fair, has been on the downturn for a while and not entirely by accident. Hoping maybe that people will gladly accept any company, even robotic, if they have been starved of proper human interaction for long enough. And then it becomes the go to for comfort, and people become less familiar. Perhaps. But the powers that be already do, and will continue to hide behind technology and systems, seeming incapable when the computer says no, to understand what you mean when the say the computer is wrong. That won’t even be a thing in their future. It will never be wrong as long as it is rigged on their favour. The camera never lies as they used to say… 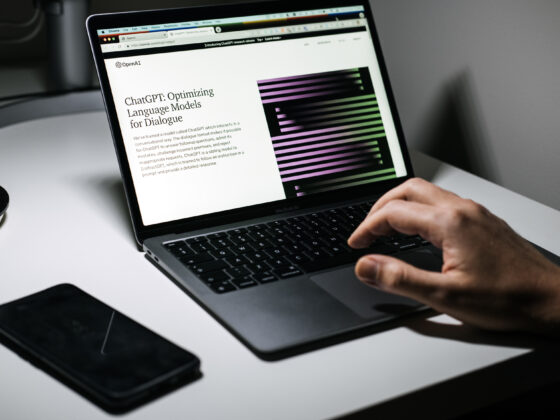 AI Determines My Article is Fiction!