“It has never been about a man. It was always about an idea. We support free speech, the Constitution, the Second Amendment, and America.” – a Trump supporter’s tweet to Joe Biden

In electronics, the definition of “reset” is to cause (a binary device) to enter the state representing the numeral “0.”

Wipe out everything that has gone before. Start over.

In September 2021, the World Economic Forum announced that “To improve the state of the world,” they are starting “The Great Reset initiative.”

And here we are. In less than two years, Biden has done his best to reach that state of “0.” In order for the world to be reset, the greatest superpower on earth must be brought to its knees. Congratulations, Joe Biden. You are on target to fulfill your job description.

There is only one problem—the MAGA movement. The last thing the Biden Administration wants is to “make America great again.” They want to destroy it so they can “build back better” within the rubric of a one world government.

Biden can scream all he wants about MAGA in his Independence Hall speech. He can vilify former President Donald Trump. He can then the next day try to claim he didn’t say what he manifestly said. But the damage has been done. It is the hate that stays with people—the hate that Biden has been pounding home since day one.

“Do you consider all Trump supporters to be a threat to this country?” a reporter asked Biden the day after his speech.

“Come on, look, guys, you keep trying to make that case. I don’t consider any Trump supporter to be a threat to the country,” Biden said.

But then, of course, he contradicted himself yet again by saying this:

I do think anyone who calls for the use of violence, fails to condemn violence when it is used, refuses to acknowledge when an election has been won, insists upon changing the way in which they can count votes, that is a threat to democracy.

So, he really isn’t backtracking at all. Every one of those 75 million Trump supporters surely has questions about the validity of the 2020 election and the Biden regime’s January 6 narrative. How about the disastrous withdrawal from Afghanistan? Plenty of people will never forget what happened and how our own military and American citizens were abandoned. Plenty of people wonder why the U.S. government is sending billions of dollars to countries like Ukraine and takes better care of those crossing our southern border than it does its own people.

The net will continue to widen, stoking fear and anger. You don’t even have to identify as “MAGA” although that is the word now being used. All you have to do is dare to disagree with one of Biden’s policies and you will be thrown into the same pot with all the other deplorables.

In Biden’s inaugural address, he started right off by accusing Trump of giving rise to “political extremism, white supremacy, domestic terrorism that we must confront, and we will defeat.”

Deplorable, MAGA, insurrectionist, white supremacist, and, ultimately, domestic terrorist. The divisive rhetoric keeps escalating. By the time we reach the presidential elections, the hatred unleashed by Biden will have reached a fever pitch. If Trump is indicted, for surely that is the plan, and Americans watch a former president taken away in chains, the violence we experienced during COVID lockdowns could pale in comparison. Of course, that, too, is part of the plan. Chaos, fear, violence. While Europe potentially explodes in war across all borders, the United States is set to destroy itself from the inside out.

It seems like a century ago, but it was only in June of 2020 that Hawk Newsome, president of Greater New York Black Lives Matter said during a Fox News interview:

Was he immediately labeled a domestic terrorist? Was he carted off to prison for inciting violence? Kept in isolation for months without a trial? Not that I recall.

After the death of George Floyd, in Minneapolis alone, “nearly 800 police officers were assaulted throughout the state in a record 667 incidents—an increase of 62 percent from 2019,” and “the state recorded 185 murders in 2020—a dramatic increase of 58 percent from a year earlier.”

Even MSN said that the riots in 140 U.S. cities in 20 states following the death of George Floyd in Minneapolis could become the costliest civil disorder ever in the United States.” They quickly backtracked that statement and reduced the riots to “mostly peaceful protests.”

BLM was never identified as dangerous. Quite the contrary. The organization received billions of dollars in donations. Millions of Americans eagerly blacked out their profile pictures on social media in virtue-signaling support. Those daring to question its motivations were labeled as racists. Taught to be silent, just as they want every Trump supporter to be silenced now. How many people who voted for Trump never admitted it to their friends, family, or colleagues, knowing that if they did, they’d be insulted, scorned, defamed, denigrated, ostracized, fired?

It has now been proved time after time that money donated to BLM was funneled away from the people who needed it and back to its founders. Most recently, “a lawsuit has been filed on behalf of 26 grassroots Black Lives Matter (BLM) chapters alleging that Shalomyah Bowers, the leader of the national organization, siphoned $10 million in charitable contributions to pay for his own personal expenses.”

He talked about the 75 million Trump supporters who he says represent the greatest threat to America. Biden has good cause to be worried. But not for the reasons he says.

Trump received 10 million more votes in 2020 than in 2016. By mid-August, 92 percent of Trump’s candidates had won their primaries. And the FBI’s unprecedented raid on Trump’s home has only energized the MAGA movement further. Those who once were embarrassed or frightened into silence are proudly expressing their patriotism now.

Biden and his cronies in the Washington, D.C. swamp know that if Trump wins, they will have failed at their job to usher in the Great Reset. If that happens, the elite who put them into power will not be happy. A bought and failed politician is surely the most terrified and miserable creature on earth.

Yes, there are some bad apples in the MAGA movement, as there are everywhere. But the vast majority want one simple thing: fair and honest elections.

As one Trump supporter tweeted to Joe Biden:

These are the MAGA people who threaten the Great Reset. These are the people the Biden regime is determined to demonize. 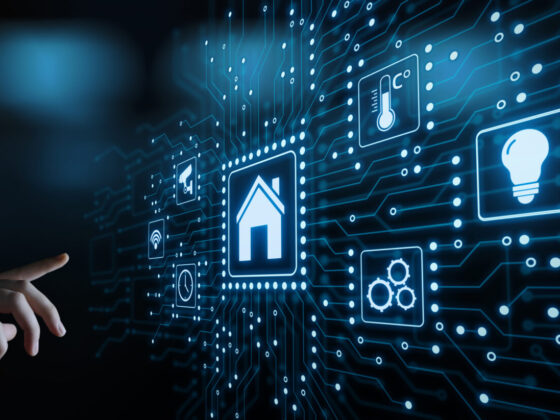 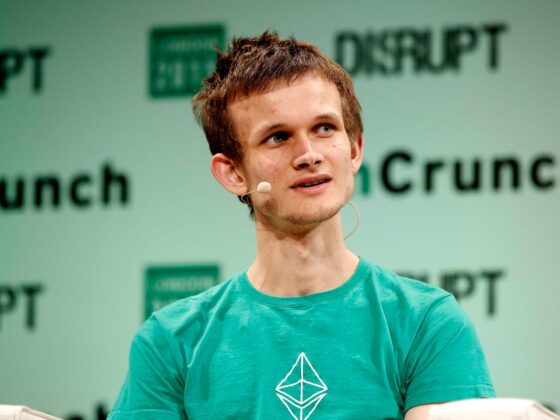