The 4IR battlefield is poised to pit programmable plebs vs predatory patricians: perspective

With its fusion of our physical, biological, and digital identities, the fourth industrial revolution under the great reset is poised to program people like central bank digital currencies.

Both digital identity and CBDC are part of the World Economic Forum’s (WEF) overall great reset agenda to harness the power of the so-called fourth industrial revolution (4IR) as the technological driving force for revamping all aspects of society and the global economy.

“What the Fourth Industrial Revolution will lead to is a fusion of our physical, our digital, and our biological identities” — Klaus Schwab, WEF, 2019

Technologies emerging from the 4IR do indeed have the potential to make the world a better place, such as bringing about greater connectivity, better healthcare and housing, more efficient land use for food and water, advances in recycling, and incredible convenience for billions of people.

But while the great reset patricians preach inclusivity, resiliency, and sustainability, their fourth industrial revolution may soon find us plebs as programmable as a Central Bank Digital Currency.

Just as permissions can be programmed onto a Central Bank Digital Currency (CBDC) to restrict certain purchases while logging every transaction onto a central ledger, the same concept can be applied to programming permissions onto people to restrict their freedom to work, travel, participate in society, or even protest while logging every online and offline interaction onto an interoperable digital ID.

New World Order: “We are on the brink of a dramatic change; we are about to abandon the traditional system of money and replace it with a new one, Digital Blockchain CBDC, which will give us greater clarity over every single transaction.” – Pippa Malmagren.#WGS2022 pic.twitter.com/XChgfs6MVF

What started with digital contact tracing and surveillance in 2020 quickly morphed into vaccine passports, which paved the technological framework to push forward digital identity schemes by way of a trojan horse in early 2021.

Vaccine passports, according to the WEF, “serve as a form of digital identity” while a “digital identity determines what products, services and information we can access – or, conversely, what is closed off to us.”

As the fourth industrial revolution looks to merge the digital, physical, and biological worlds, programmable people and programmable currency become two sides of the same coin.

“This digital identity determines what products, services and information we can access – or, conversely, what is closed off to us” — Digital Identity Insight Report, WEF, 2018

A CBDC adds another layer to digital ID, in that it can program permissions on purchases.

Speaking at the annual WEF-supported, Russian-based Cyber Polygon cybersecurity exercise in July, 2021, Bank of Russia Deputy Governor Alexey Zabotkin said that Russia’s central bank was exploring a digital ruble that would “permit better traceability of payments and money flow, and also explore the possibility of setting conditions on permitted terms of use of a given unit of currency.”

“This [digital ruble] will permit better traceability of payments and money flow, and also explore the possibility of setting conditions on permitted terms of use of a given unit of currency” — Alexey Zabotkin, Bank of Russia Deputy Governor, Cyber Polygon 2021

“Just imagine that you are able to give your kids some money in digital rubles and then restrict their use for purchase of junk food, for example,” said Zabotkin, adding, “That would be a useful functionality for a customer, and of course you can come up with hundreds of other similar use cases.”

Programming people’s access to products, services, and information with CBDCs and digital IDs lays the foundation for a system of social credit scoring like that of the Chinese Communist Party.

“We have to make a product that is so convenient that a person will […] breakthrough from their fears, and start using a government-made application” — Mykhailo Fedorov, Ukraine Minister for Digital Transformation to WEF, 2021

To sell their technocratic agenda of surveillance and control, public and private entities will initially say digital ID and CBDCs won’t replace plastic credentials or paper cash and that there will still be the option to use both — all while guaranteeing top-notch cybersecurity and privacy.

Over time; however, all choice on the matter can be completely eliminated.

At the start, they will want to make these digital tools so convenient that people will have no choice but to trust them.

This is exactly what Ukraine’s Minister for Digital Transformation, Mykhailo Fedorov told the World Economic Forum in April, 2021.

“Our goal is to enable all life situations with this digital ID” — Mykhailo Fedorov, Ukraine Minister for Digital Transformation to WEF, 2021

“Our goal is to enable all life situations with this digital ID,” said Fedorov, adding, “The pandemic has accelerated our progress. First of all, people are really now demanding digital, online services. People have no choice but to trust technology.”

“We believe that we have to make the best product possible, a high quality product, a product that is so convenient that a person will be able to disrupt their stereotypes, to breakthrough from their fears, and start using a government-made application,” he went on to say.

“People have no choice but to trust technology” — Mykhailo Fedorov, Ukraine Minister for Digital Transformation to WEF, 2021

The elites are betting on convenience and the illusion of choice to help them achieve mass acceptance and trust.

And then once digital ID and CBDC reach a certain level of acceptance and adoption by the general public, the option to go back to physical means can be quietly eliminated with little-to-no pushback.

In fact, a WEF Agenda blog post from September, 2017 lists the “gradual obsolescence of paper currency” as being “characteristic of a well-designed CBDC.” 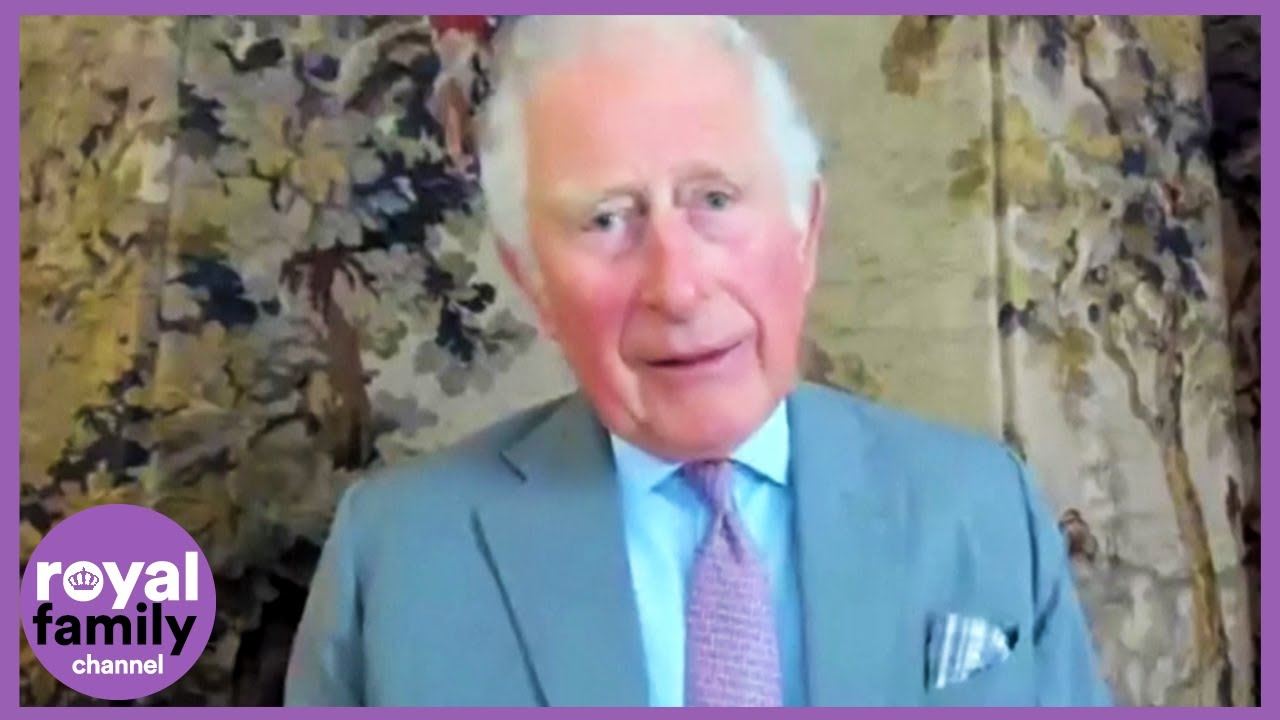 “We have a golden opportunity to seize something good from this crisis — its unprecedented shockwaves may well make people more receptive to big visions of change” — Prince Charles, WEF Great Reset Launch, 2020

But if there is initial pushback to the digital ID and CBDC agenda, then the unelected globalists, technocrats, and government bureaucrats can continue to exploit crisis after crisis after crisis to either beat people into submission like they did with vaccine passports, or to manipulate citizens into lining up voluntarily for whatever draconian mandates they’re issued while believing it’s all for “the greater good.”

If convenience isn’t enough to get people onboard with their technocratic agenda, then fear will be the backup plan.

Fear over war, climate, disease, famine, food rationing, energy crises, inflation, or cyberattacks leading to an all-out cyber pandemic should be enough to shock them into submission.

As Prince Charles told the WEF at the launch of the great reset, “We have a golden opportunity to seize something good from this crisis — its unprecedented shockwaves may well make people more receptive to big visions of change.”

“In the battle for hearts and minds of human beings, narrative will consistently outperform data in its ability to influence human thinking and motivate human action” — Davos Agenda, 2015

Telling stories and narratives to manipulate people into changing their behavior in service of the architects of the great reset agenda is exactly what the WEF’s great narrative is all about.

As WEF founder Klaus Schwab and his writing partner Thierry Malleret point out in their book, The Great Narrative: “Narratives shape our perceptions, which in turn form our realities and end up influencing our choices and actions.”

Schwab and Malleret conclude The Great Narrative by stating, “We must be prepared to change ourselves at the micro level and to have enough selflessness to accept new policies (in the broadest possible sense of the word) at the macro level.”

The Internet of Bodies “might trigger breakthroughs in medical knowledge […] Or it might enable a surveillance state of unprecedented intrusion and consequence” — RAND Corporation, 2020

To change oneself at the micro level can mean many things, such as changing your mind, beliefs, attitude, behaviors, and values, etc.

On the other hand, it can also mean changing who you are at the biological and physical level through AI, synthetic biology, and devices connected the Internet of Bodies (IoB) — the promise of the fourth industrial revolution.

With the coming convergence of the physical, digital, and biological worlds being the defining feature of the 4IR, then biometric data collected in real-time via the IoB may one day merge with data stored in interoperable digital identity wallets, leading to total surveillance and control over society.

“We are no longer mysterious souls; we are now hackable animals” — Yuval Noah Harari, WEF, 2020

Once these 4IR technologies are put above-and-below the skin to collect as much intimate data about you as possible, what you get is the making of the worst totalitarian surveillance regime in human history.

With enough biometric data and computing power, governments and corporations will know more about you than you know yourself and can therefore program and manipulate you in subtle, egregious, and nefarious ways.

“Just imagine North Korea in 20 years where everybody has to wear a biometric bracelet, which constantly monitors your blood pressure, your heart rate, your brain activity 24 hours a day.

“You listen to a speech on the radio by the ‘Great Leader,’ and they know what you actually feel — you can clap your hands and smile, but if you’re angry, they know you’ll be in the gulag tomorrow morning” — Yuval Harari, WEF, 2020 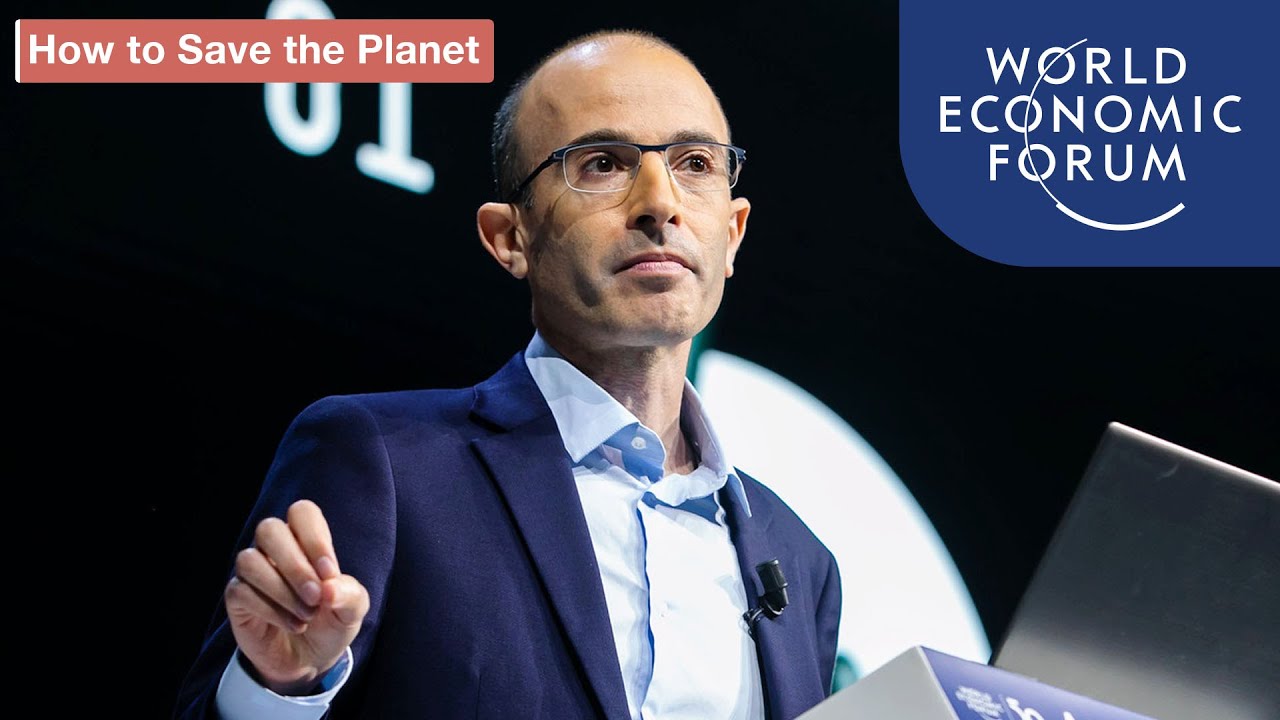 Authorities would be able to know if you harbored any anti-authority sentiments, didn’t believe the leading narrative, or subscribed to other Orwellian thought crimes.

You wouldn’t even have to type or a say word; they would already know by analyzing your heart, brain, and neurological activity in real-time with help from devices connected to the IoB.

And if something can be hacked, you can rest assured it can also be reprogrammed — the same goes for people.

Never before have governments and corporations had the technological means to completely enslave all of humanity until now — in the age of the so-called fourth industrial revolution.