The first British man has been implanted with a microchip that lets him make purchases with only a tap of his hand.

Last week, This Morning reported that Arnie Szoke, 40, from West London, is the first British man to have his banking information implanted via chip.

It’s like a normal card, but you have to be more precise,” the NHS healthcare assistant told The Sun:

“It means I don’t have to keep a wallet with me all the time.” He added that the last time he had used cash, “£40 went missing along with my work pass card.”

He’ll need a £130 replacement procedure in 2029 to replace his microchip, just like a bank card.

The NHS healthcare assistant said cashiers and other shoppers have been stunned.

He added: “People ask how I can pay with my hand.

“The implant looks cool, but my wife would never have one.”

Former MP Gyles Brandreth, who regularly appears on This Morning, raved about the technology as “marvelous,” according to the Daily Mail, predicting, “’It’s going to be the future for all of us. I think when we’re babies, like a pet, our cat has got an implant so it can go through the cat flap and it identifies it.”

“I want that to happen,” Brandreth continued. “And even in my forehead, it would light up with my name.”

British-Polish businessman Entrepreneur and founder of @walletmor Wojtek Paprota describes himself as a “Transhumanist.” And wants to change your behaviour (Normalise It) so you accept a microchip into your body for payments and to prove your digital identity. pic.twitter.com/ULXo3kJc18

Reactions to This Morning’s coverage were mixed, with some celebrating the technology, and others wary of its potential consequences.

From the British-Polish start-up Walletmor, Szoke bought the chip for £220 ($249). It can be surgically implanted in a “medical aesthetics clinic” along with an “independent digital wallet” called Purewrist, according to the product’s website.

It’s unclear whether bank microchips will catch on in the UK.

In Sweden and other countries, thousands of people have already been implanted with microchips to replace traditional forms of payment, boarding passes, government identification, and key cards. 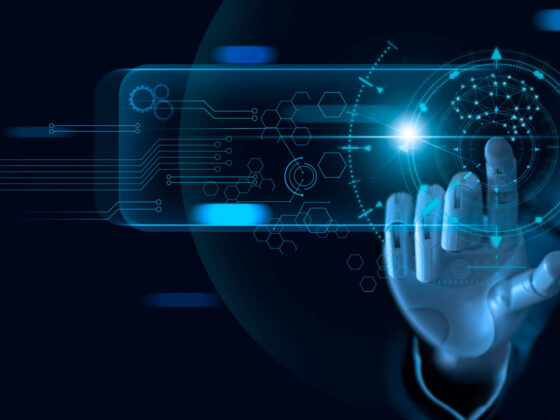