Anti-depressants, suicide rates and a very strange social and political landscape is laid out currently for young people (and people of all ages it would seem, but young children and teenagers in particular are getting a very stacked deck right now).

They are now saying all the drugs for depression and anxiety they have been prescribing for decades, probably don’t help. The world of psychiatry is being redefined like everything else, so no surprises there. But the fall out for real people is there. They have also now miraculously found a stunning correlation between prescribing of anti-psychotic drugs to teenagers, and a rather high rate of suicide amongst the very same age group. They are being drugged, brainwashed at school, bombarded by the media and now society is being dismantled before their eyes. We may have had to contend with the first three ourselves growing up, and kids of the 70’s will remember it definitely feeling like society was going down the pan, but what is happening now will and is affecting the current and future generations. Giving them a new range of mental illnesses, which I am sure will get named in time, the studies and ‘cures’ will follow. As is the way, although the trust in those systems is rather quickly being eroded, as they are proving themselves to be gluttonous charlatans.

And in that way, we are all the lost generation, having had something taken from us and replaced with a overwhelming societal view that others decided for us. They have named each of us too, Gen X, Gen Y and Gen Z. Given us slightly different drugs, adapted teachings slightly to separate us from the last, making sure there is limited cohesion and shared experiences. It might sound silly but a small thing from school made me start thinking it. I put a line through the number 7 when I write it, and I had no idea that others didn’t, until I left school. I then started hearing about the difference between O’level, and GSCE, and what seems like a small normal change to update things, struck me as a really good way to make sure people from one generation to the next, don’t have the same skills, or teachings, or knowledge. Then I linked it to history and other things they teach, knowing that if the teacher is misinformed, then the students will be too. A very simple, yet effective way to make sure certain things you would like in the general populous as knowledge, to be so. And by naming a generation and giving it a cut-off point, it also helps to imagine you are separated, stand-alone, unique. And having your own time is special, of music, fashion, social changes – but it is not unique, and should help to bind us a society, bringing fresh and new perspectives on things and developing in a natural way. Instead, it has been used to help divide us, with a few little nudges along the way.

The boomer generation, the latchkey kids, the computer generation – those were the names I think before we were abbreviated to merely a letter of the alphabet. Our generational experiences summarised into one letter, I guess to minimise its meaning, to make it smaller and easier to categorise. But what of the new kids on the block, what I’m sure they will dub ‘the covid generation’ or something ridiculous like that, to define the era they came into being, or found themselves growing up. Then will be neatly repackaged as Gen-C. I have speculated in my article What comes next about them being called Gen-E, hinting at Generation Experiment. But we all are, and have been for more than an age or two. And what they will be called is irrelevant, it’s just a continuation of the old system, but with a new facade, a new front and image and new group to work on and with. That’s why I say we are all the lost generation, because so many decades and centuries have already been lost to those who seek to ‘parent’ us and give the appearance of holding our hand through life. But they are actually keeping us prisoner from life. More so in the last few years, but if you look back to their insidious creep into every aspect of life over the decades, you can see this has been coming for a long time. It was a piece at a time gave thought to that, and where it is headed. .

So, does understanding and seeing what they are doing change it? Not on the face of it, but change isn’t always obvious and it doesn’t always have to be big to make a difference. It all starts somewhere… 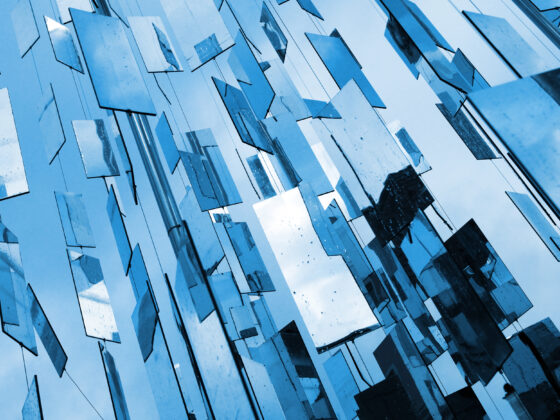