I like the subject of memory, but this is a particular piece about one of my wild theories, pulled together from what I have read which does not appear to be wild theory, but actual possibility.

I’ll go straight in as I don’t know how else to lead into this, and it comes back to that special book that I bring up now and again. The People Shapers. Two things really led to this thought, firstly, a part on painkillers and how it was discovered that use of some of them dampened empathy and compassion, so while it killed feeling pain, it also kills other feelings for a time too.

The second part which concerned me the most (for more than one reason) was as follows.

They took mice and hamsters and conditioned them to be afraid of the dark. Then they liquidized them, and injected them into rats, who previously had no fear of the dark. Once you get over that awfulness, that we do things like that ‘just to see’, the results revealed (although contested), that the rats who were injected, developed a fear of the dark. Same with flatworms – once they were conditioned to know an electric shock was coming when they turned on the light, they began to show recoil at just the light being turned on. Then they chopped them up into pieces (which all regenerate), and the new ‘brains’ which grew had memory from the cells. So they liquified them too and fed them to other flatworms that had no experience of the stimuli – and guess what? Very shortly after consuming the conditioned worms, they too displayed the same responses – meaning all the cells of the specimen had held onto that memory.

That’s the speed version of those experiments, but the idea stayed with me about cells and memory and I applied the thinking to humans – however basic that might sound.

I theorised that not only are we able to condition humans to the same responses, but what if they are putting that into others? This theory led to my fictional short story P113, written before this game changer was thrown into our lives, which details where my thought process went with that one.

But in my mind, I see the potential for things to occur. By dampening and possibly switching off empathy and compassion, whether it be by use of drugs or conditioning, isn’t a good thing. Humans have a cruel streak we all know of, and people without feelings for others do not usually look out for others. And we have many drugs now that seem to disrupt the normal flow of thought and creativity.

There is another angle I have on it too, which I have been called an idiot for sharing before, but I don’t care if my ideas sounds ridiculous, until I sound them out, how will I know for sure? Based on the above premise of all cells having memory and their final state of being before demise could in fact be imprinted on the cells, could they be passed into the next environment? This was already a loose possibility in my mind way before I read The People Shapers, from a few angles. I watched a film many years ago called Brainwaves (1982), laying the idea that memories can be passed on through organs. Years later I read various stories from transplant survivors who say they have feeling and memories from their donors, so the idea stuck with me and waited for more information. I didn’t expect my brain to jump to a wild conclusion though (you would think I’d be prepared by now with what I think and write), but it linked a scenario that I come back to now and again. Things made from aborted fetal cells. I was quite horrified when I knew we did that, but with my theory, the idea that human cells at their point of being distinguished, may have felt abject pain and fear, then being recreated as something else and then put into new living cells. Could that memory have crossed over? Possibly not, but the idea it might is enough for me to be wary.

Steering back to what we do know about memory, it’s been proven that it is not always the best judge of the past. They say that a witness is the weakest evidence, and many experiments have been done to prove the brain can trick itself as well as be easily manipulated or influenced to change or fabricate memories. Some antibiotics apparently prevented short-term memories being stored in the animal tests, so I run with it that over the decades since the book was written, we have discovered a way to do this in humans (by accident or on purpose I don’t know). But many people unable to assimilate or really remember some events or information at certain times, potentially not being a problem or even noticeable on a day to day basis. Or put down to other things and overlooked. But in a much larger group, it would be noticeable wouldn’t it? That you weren’t remembering recent events as someone else did. It sounds familiar maybe? And isn’t always down to memory, as we know people see things differently and perceive a different world – which is another piece currently underway called Separate Realities, but memory plays a part there too I feel.

There is also the theory of genetic memory, so potentially we are already born with a set of memories which already aren’t our own as such – or because we are born with them, are they more us than what we subsequently learn?

And I will throw in the Mandela Affect, where they have decided to give a name to when people cannot recall events correctly and distort the facts in their mind, and insist it is the truth. Apparently they aren’t lying or deceiving you though. But clearly are to themselves perhaps? I am not sure what mechanism it is in the brain that conjures up falsities and lies in place of facts, and then chooses to run with it, but it does appear to be there. I’ll look into that more in the other post as it probably is a bit part of how someone constructs their personal reality.

There is much to mull over… 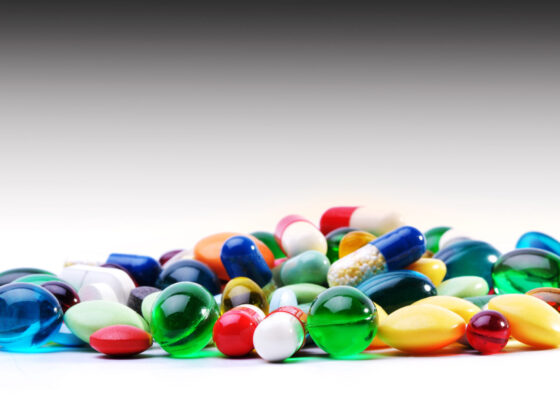 More than pain gets killed