In 1986, the molecular engineer Eric Drexler released a mind virus with his book Engines of Creation: The Coming Era of Nanotechnology. He described armies of microscopic robots built on the nanoscale (a nanometer is one billionth of a meter). These lil’ dudes would be smaller than blood cells and able to self-assemble into any imaginable form. Some are dream-like, others nightmarish.

Ray Kurzweil, the village elder of transhumanism, got obsessed with the idea. Tiny robots will swim through your bloodstream, he promised. They will deliver drugs, repair damaged tissues, or gnaw tumors down to nothing.

The nanobots will fill your brain and attach to every neuron. They will connect to the digital cloud, read and write your thoughts, and merge your mind with superhuman artificial intelligence. It’ll be a mini-me Singularity.

On the other hand, Eric Drexler warned that if self-replicating nanobots got out of control, they might convert everything in their path into more and more nanobots—including us—eventually covering the entire planet with a pulsating layer of micromachines.

Then it happened. As the dubious Covid jabs rolled out in 2020, mental images of nanobots started multiplying like viruses, turning millions of brains into gray goo. This undulating swarm has given me headaches ever since.

Today, there’s a thriving subculture of folks convinced that the Covid jabs contain tiny, molecular robots—or “vaxxbots,” as I call them. At this point, they’ve dreamt up every possible scenario. This crowd is super skeptical of official narratives—rightly so—but they’ll believe anything about vaxxbots. They’re the Flat Earthers of microbiology.

In any case, if our medical establishment hadn’t lied through their teeth for the past three years, these alternate realities would never have mass appeal. But in the absence of official facts about the vaccines’ contents, their long-term effects, their ineffectiveness, and their serious dangers, a yawning void has opened where reliable information should be.

Even though serious analysts are filling that space with valid data, it’s being crowded out by the vaxxbot mind virus.

I caught the early edition in late 2020, when a friend sent an explainer video. A pretty blonde lady clasped a gold cross pendant in her gentle fingers. Knowing how to shine on camera with that sweet smile, she explained that the Covid vaccines contain hydrogel and luciferase, so they must be the work of Satan.

I informed my friend that hydrogel isn’t being used in the Pfizer or Moderna vaccines. Yes, it’s been proposed as a vaccine delivery system, similar to how lipid nanoparticles are used to sneak mRNA into the cell. Its polymer net can function as a matrix for biosensors, and can be manipulated to do all sorts of strange things in controlled environments. But it possesses no malevolent powers of its own.

That said, I wasn’t about to take the experimental shots. Keep me in the control group.

I also assured him that luciferase, creepy as it sounds, is a bioluminescent protein used to track gene expression in drug discovery. It’s been in use for decades. There would be no reason to put luciferase in the actual vaccines—except as a demonic prank to inject people with enzymes whose Latin name sounds like Lucifer.

“Haha, we jabbed you with the Devil! Gotcha!!”

My friend said I’d fallen under an evil spell. The Covid jabs would kill everyone injected within two years. Besides, he raved, Covid isn’t even real. It’s just a flu, bro. Literally no one has ever sequenced the Covid-19 genome. The vaxx is a ploy to KILL US ALL, and people like me are falling for it.

Now, over two years later, hardly a day goes by that someone doesn’t ask my opinion about these stupid vaxxbots. They’re crawling out of people’s eyeballs and up the walls! They’re doin’ a TRANSHUMANISM on us!!

Well, here are my thoughts. After this, I don’t want to hear another word about it.

Part of my job covering transhumanism for the War Room is to vet insane claims. Technology is scary and it’s getting scarier. So the topic attracts weirdos. (How do you think I got here?) Some weirdos are good at fact-checking, though, while others excel at making stuff up. In order to do my due diligence, I explore every lead and try to weed out the hooey.

In the case of injectable vaxxbots, I’ve been inundated with one preposterous claim after another. For example…

The vaccines contain luciferase that will turn your blood satanic. They contain luminescent quantum dots to track you. They contain “smart” hydrogel serpents that multiply and extend through your body like living spaghetti, doing all manner of mischief. They contain parasitic organisms—tiny hydras—that crawl around your innards. The jabs are actually black magic snake venom.

The vaccines are altering human DNA. Their molecular components could write “Satan” or “666” on the nucleotide letters of the genome. The jabs are the Mark of the Beast. They are writing patented codes onto the genes, meaning anyone jabbed is now a transhuman product owned by Big Pharma.

The vaccines contain nanobots. Just look at the patents!! The vaxx is creating “Intra-Body Nano Networks” activated by 5G wireless signals. The vaccines are a surveillance system. They are a mind control system. They are a Beast system, and if your loved ones have taken the jab, you might as well write them off as 5G zombies.

The injection sites emit Bluetooth signals. They emit Mac addresses. They are magnetic, so you can put a spoon on a jab site and it’ll just stick—sort of like when your skin is sticky with sweat, only magnetic.

When our transhuman overlords flip the 5G master switch, the graphene will turn into whirling razor tornadoes that kill everyone who’s been jabbed. Or maybe it’ll be more like the zombie thing.

Look here! If you enhance this microscopic image of the vaccine, ever so slightly, you can see the vague outlines of Bigfoot and Bat Child riding the Loch Ness Monster like brokeback cowboys, with a flying saucer chasing after them. But I digress… 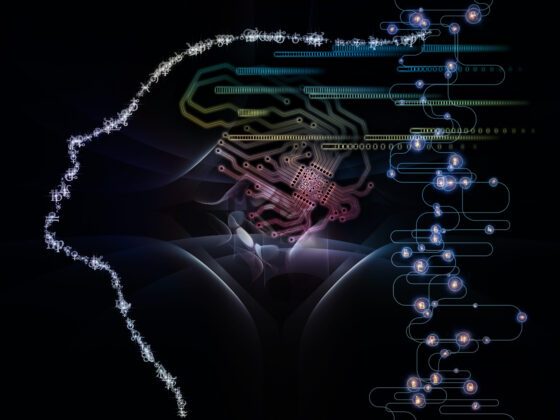