Who better to ask for a definition of what a smart city is than from the horse’s mouth, the WEF? Before you read it, notice that the article was originally published on the World Bank website who are a WEF member.

“What is a smart city? We’ve heard the term in contexts as diverse as urban planning and governance, transport, energy, the environment, health, and education. We’ve also noticed that the notion of smart cities relies on a range of technologies—including the internet of things (IoT), mobile solutions, big data, artificial intelligence (AI), and blockchain. Because of this connection with technology, we’ve had concerns about how smart cities will address issues such as data privacy and social exclusion. We see a risk that urban areas with poor web connectivity could be left out of the smart-cities trend. We’d like to continue an open dialogue on this trend.”

A smart city is basically a “Digital Gulag”. Let me explain. When you see the internet of things (IOT), data, AI and blockchain mentioned in 1 sentence it can be translated as surveillance, social credit scores and digital currencies, no matter how they dress it up. Basically a prison

How long has the concept of smart cities been around? In planning for decades but in actual fact the first mention of smart cities on the WEF site can be traced back to 2016 in an article called “4 ways smart cities will make our lives better”

“The rise of the Internet of Things (IoT) will help this to become a reality. Sensors and smart phones will be able to track materials and assets, letting people know when they are not being used, about to break, or where they are. This will unlock huge amounts of spare capacity in the system, creating new business models that will drastically change the way the city functions. The digital circular city would not only save resources but would change the citizen’s experience for the better.”

This has been planned globally for some time. In 2016 the WEF published a white paper called Reforms to Accelerate the Development of India’s Smart Cities.

2 years later in 2018 they posted the following image from their Twitter account. Notice the drones, electric transport, smart roads, rooftop wind turbines. It is all Agenda 2030 driven, with climate change and sustainability being key.

In 2020 the WEF and G20 entered an alliance called the Global Smart Cities Alliance (GSCA). The WEF say “Our Alliance is creating smart city governance” They have given the game away by using the word governance. What they actually mean is “control”

The 2 minute WEF video explaining the G20 GSCA is revealing. The key word that keeps popping up is data. They sell the concept of “protecting your data” when in fact it is the complete opposite. By having your data tracked everywhere you travel, everything you do can be tracked by your mobile phone. You can also expect 5G everywhere and facial recognition as standard in the smart cities of the future. 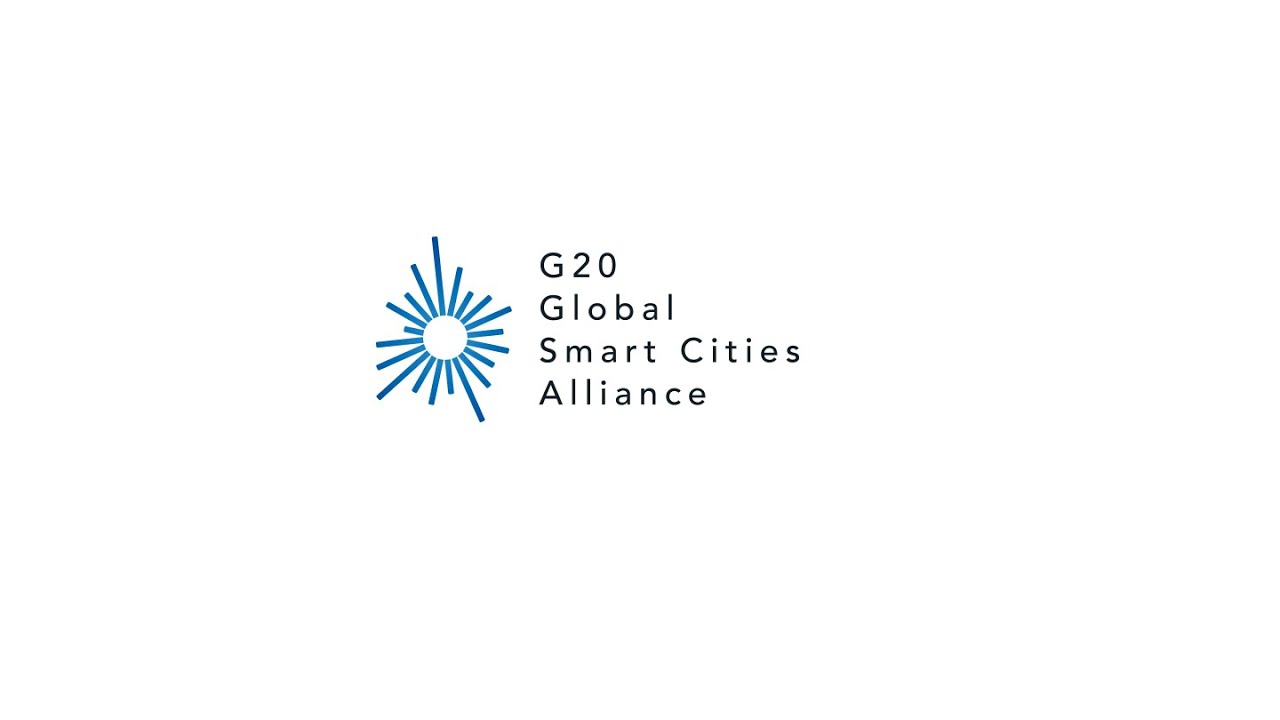 The WEF gave an example of a smart city in Toyota, Japan, in 2021. Naturally, they deleted the page. Here it is from the Wayback Machine. The 2 minute video gives a thorough explanation.

Here is what you can expect. Self-driving cars and robots. 3 types of streets: one for pedestrians, one for bikes and scooters and one for self-driving automated vehicles. Shuttles will deliver goods and robots will be everywhere. Nothing dystopian about that at all.

Interestingly out of the 36 cities that are being used as test beds for smart cities the one that has caused the most ripples recently on social media is Oxford (which isn’t one of the 36).

The smart city concept has now morphed into 15-minute cities. What is a 15-minute city? Every city will be split into sectors. Within 15 minutes by bike or walking there will be shops, bars, gyms, GP practices, schools etc. You won’t need or be able to leave without permission.

This will also mean reducing carbon footprints as there will be less cars on the roads. Sounds pretty awesome? It also sounds like it would be very easy to lock people down. Where have we seen that before? Let’s rewind 2 years.

Think back to 2020/2021 where people spent their lives within 1 to 5 square miles of their home. Looking back and with what we know now, this was nothing to do with a pandemic or public health – it was psychological preparation for “15 minute cities”.

“You’ll do nothing, and you’ll be happy” pic.twitter.com/pdBRviAZHv

Cameras will be filming number plates to ensure compliance. It is simply another name for lockdowns except this time they will be “climate lockdowns”. If you watched the Hunger Games, you will remember that everywhere was broken up into districts. This is the exact same.

Undoubtedly council members will have extra “passes”. Travel now while you can because it will only be a luxury for the wealthy in the near future. The founder of the term “smart cities” called “climate lockdowns” fake news. That’s when you know it’s true.

15-Minute City: #Oxford has organised a new traffic plan to reduce the number of cars in the city while offering more local services and being more climate resilient
Fake news circulated on social networks about "climate lockdown" which was severely deniedhttps://t.co/oNvOXibW8M pic.twitter.com/BRulhW3C8m

They are giving us The Hunger Games and telling us it’s healthy for us! Oxford is not the only “15 minute city”, but this is a pilot scheme with a planned national and international roll-out. Canterbury is also on the hit list in the UK.

Maynooth University (NUI) in Ireland is the brains behind Irish smart cities. They are working hand in hand with the All Ireland Smart Cities Forum. Isn’t it funny how their logo looks similar in shape to the UN Sustainable Development Goals? 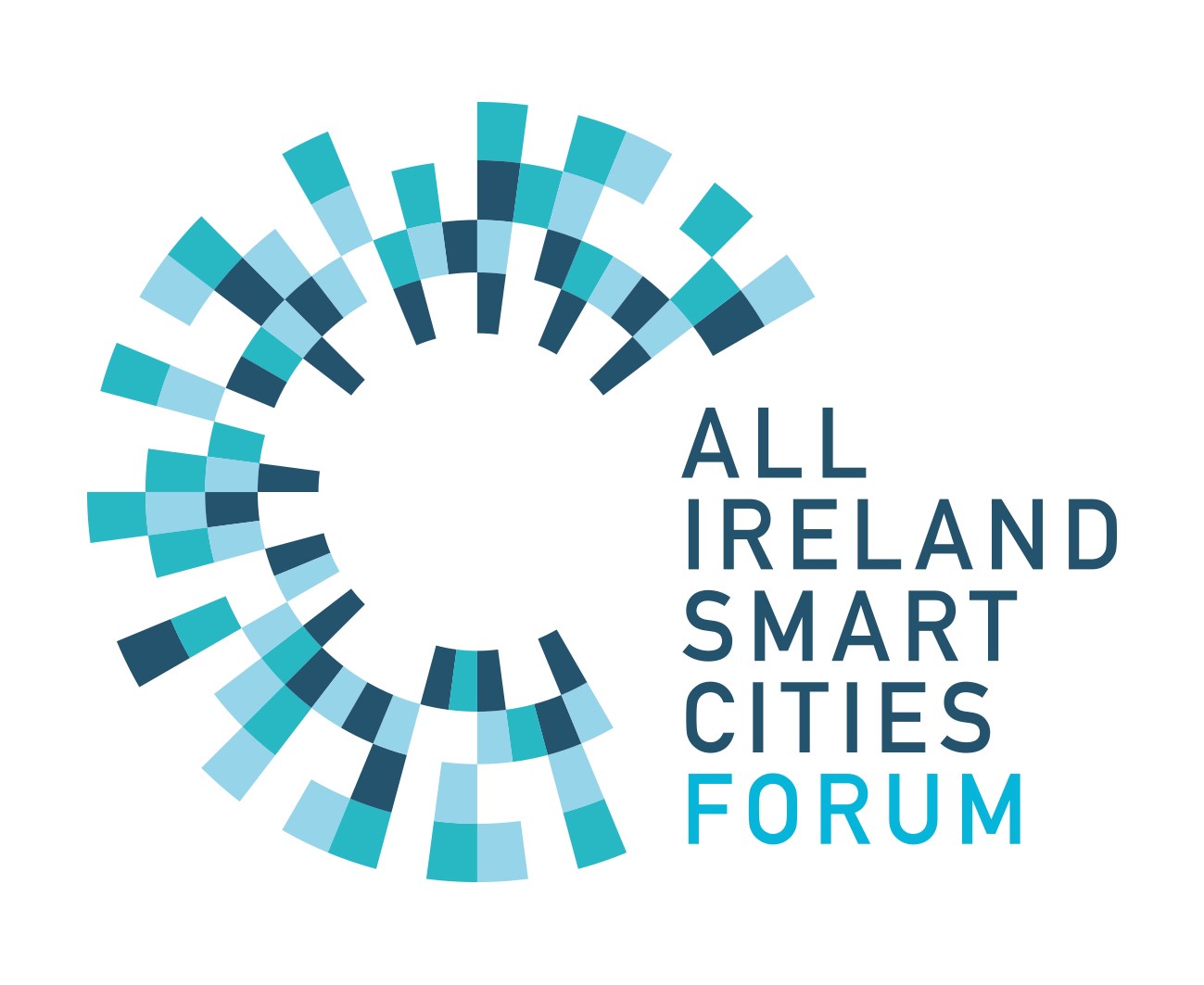 Maynooth University (NUI) held a conference back in 2016 with a workshop entitled “Creating Smart Cities”. One of the slides was called Surveilling the “smart city”

In 2017 Jamie Cudden, Smart City Programme Manager at Dublin City Council gave a talk on 20+ Smart City Use Cases in 15 minutes (ironic title). The first slide is all about data. 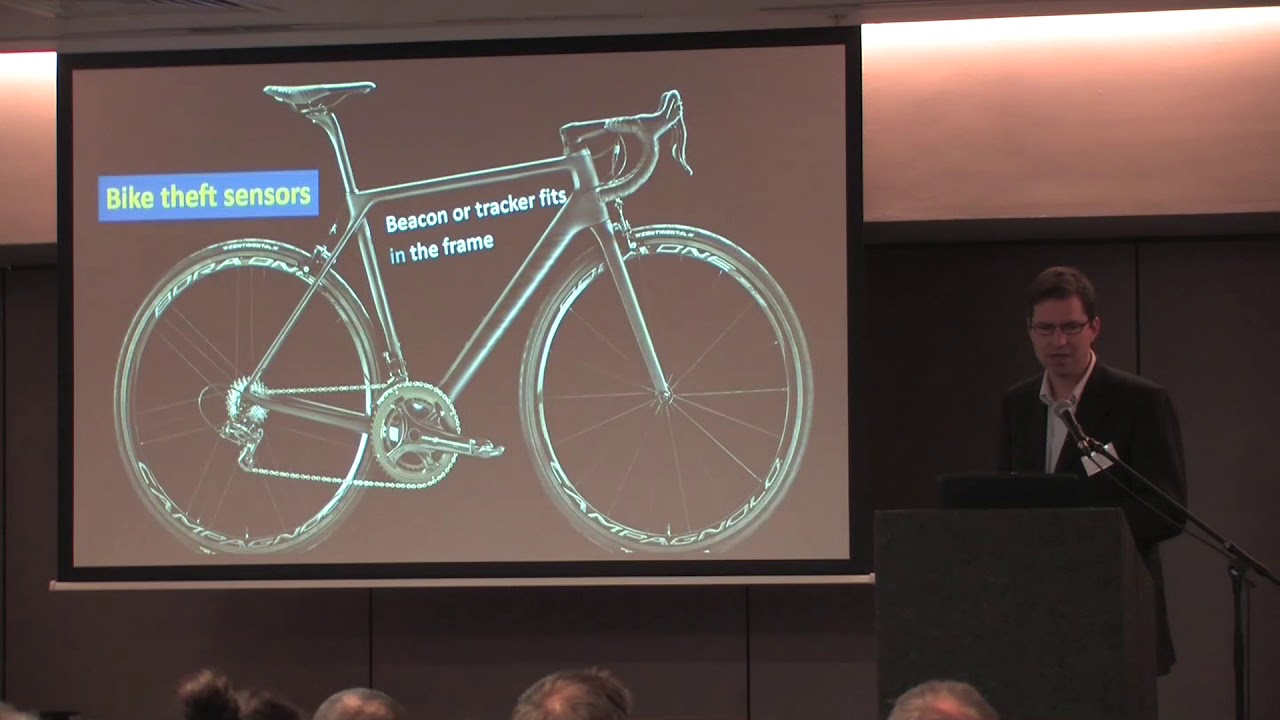 Here are just some of the 20 uses and the comments he made when presenting them.

The same Jamie Cudden was the moderator of an event in 2022 called Sustainable Cities and Enabling Technologies. The keynote speech was given by Alice Charles, who is also a WEF member. Cristina Martinez, the other speaker is also a WEF Global Shaper.

Earlier I mentioned Smart Stadiums. In 2017 a talk was given about how they were being used as the testing ground for Smart cities. It was titled “Building Smart City Technology Into Smart Stadiums” in collaboration with Intel and Microsoft (WEF). 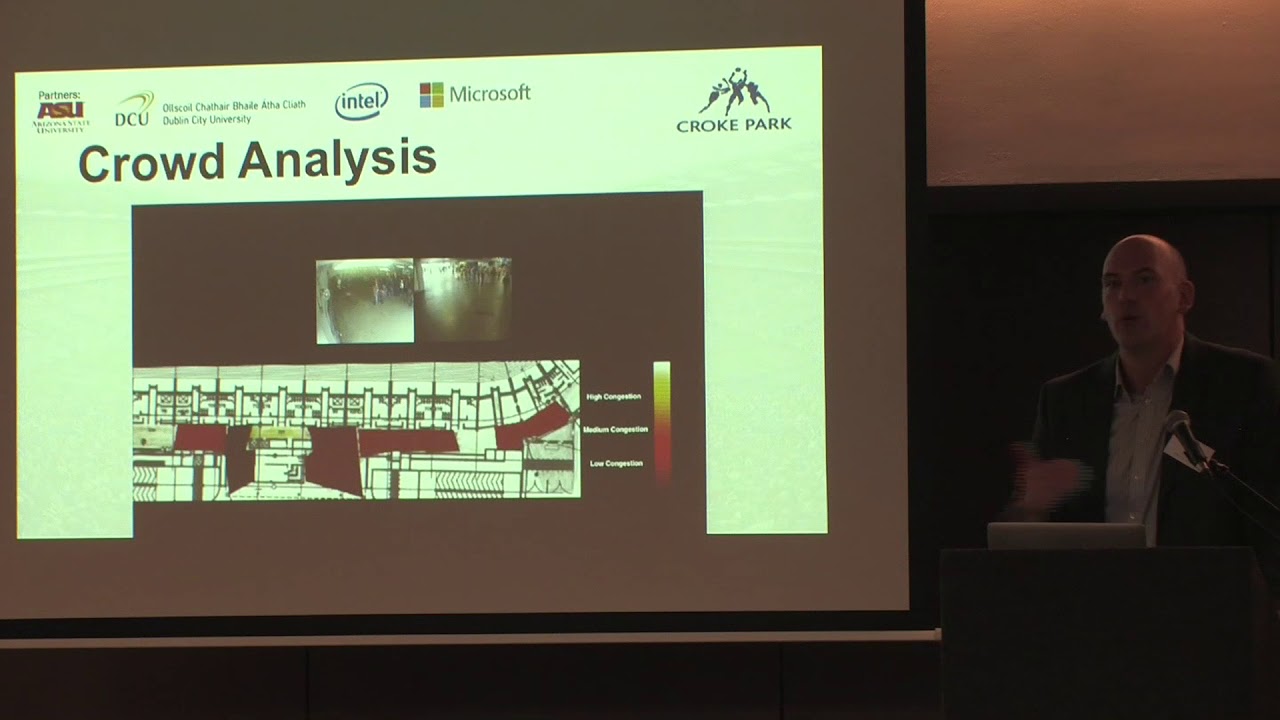 Croke Park has an 82k capacity. It is a test bed for the Internet of Things (IoT) which will then be rolled out to smart cities. One of the projects being tested was “crowd behaviour”. Sound sensors and cameras are everywhere feeding back data on where the crowd “are congregating and why they are congregating” as well as “spotting anti-social behaviour” (his words not mine). Facial recognition will be added as well. Sounds very big brotherish and intrusive. It could never be abused!!

Cities globally are following the agenda mapped out for them and Dublin is no different. A big shout out to @bigmacandwhys who directed me to the City Edge project based in West Dublin. Dublin Council is heavily involved.

Have a look at this: https://t.co/rEZp6MwUeM Seems to be predetermined that it will adhere to the principles of the 15min city.

Yet again they claim to be housing 75,000 people. Zero carbon and sustainability, however, are mythical concepts. It is also divided into 5 zones (remember Oxford). They even spell it out in their project vision which is based on the 15 minute principle

When you hear “smart city” just replace it with “data, surveillance and control”. Smart villages are certainly in the pipeline. The reality is there is nothing intelligent about them whatsoever. They are just another spoke on the wheel of Agenda 2030 which people need to wake up to. 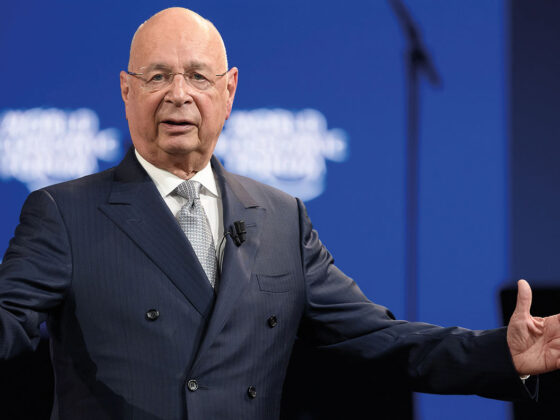 ‘Covid-19: The Great Reset’ is the Perfect Manual for Tyranny – I read Klaus Schwab’s infamous book, so you don’t have to. Here’s what I found 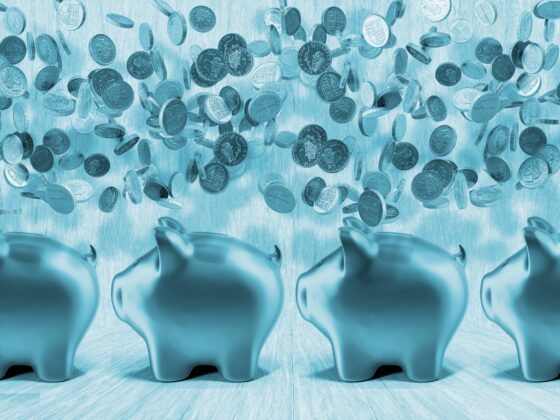 You can bank on it