Its official, the UK is now a ‘show me your papers’ country with the new ‘Covid Certification System’ planned to come in by Autumn 2021.

The front page of The Sunday Telegraph:

'Passports to normal life… but not for months'#TomorrowsPapersToday

It was August 2020 when inklings of the globalist agenda were unfolding. Neil Clark, a journalist, writer and broadcaster wrote the article ‘The future is ‘CLEAR’ and it’s Dystopian: Virus hype ushers in a Covid 19-84 nightmare of restricted accesses and he wasn’t wrong.

The future is ‘CLEAR’ and it’s Dystopian: Virus hype ushers in a Covid 19-84 nightmare of restricted access
Clear’s new Health Pass and other ‘Covid hi-tech innovations’ are a stark warning of how the globalist ‘New Normal’ being mapped out will operate. Access to travel, sport & restaurants may be barred for all who refuse to comply.

He wrote that Health Passes and other ‘Covid hi-tech innovations’ were a stark warning of how the globalist’s ‘New Normal’ was being mapped out and how it would eventually operate.

Access to travel, sports and restaurants may be barred for all who refuse to comply to vaccine mandates, and any notion of this type of restriction was branded as a conspiracy theory. This is also where the phrase ‘Health Apartheid’ was first coined. Just overnight we hear that Boris Johnson is rejecting the phrase “Vaccine Passports” and instead prefers “COVID-status certification”.

Also writing in the Sunday Telegraph, Cabinet Office minister Michael Gove suggested that the UK could take inspiration from the “Vaccine Passport scheme already in use in Israel.” They have yet to mention that whether any Coronavirus status certification would be required for work environments, I suspect it will, we know its coming in for overseas travel. Which effectively mandates the system to become mainstream and in your face without a sunset clause.

There is the possibility that in any subsequent winter waves, the government can literally turn off or turn on whole industries with a flick of a digital switch. If suddenly there is a new variant, then pubs and restaurants could be ordered or required by law to follow the new rules. Recently many MP’s have come out against such plans: Mr Steve Baker said that “MPs and the public shouldn’t kid themselves.

The state has always wanted ID cards, so this scheme would be about as temporary as income tax – in other words, permanent.” And Conservative MP Andrew Bridgen added: “The whole idea is like something out of North Korea, and I hope that the strength of feeling, not just on the Conservative benches but across Parliament will stop the Government heading off in this direction.”

It was always going to happen, because in April 2020, weeks into the first lockdown, it was announced that digital identity was planned to lead the West out of lockdowns, but the only way for this to happen was if user confidence was high. It was the Microsoft’s co-founder Bill Gates who first called for the use of digital identity to support lockdown exit strategies, via digital certificates to indicate who has been tested, recovered, or been administered with a vaccine. 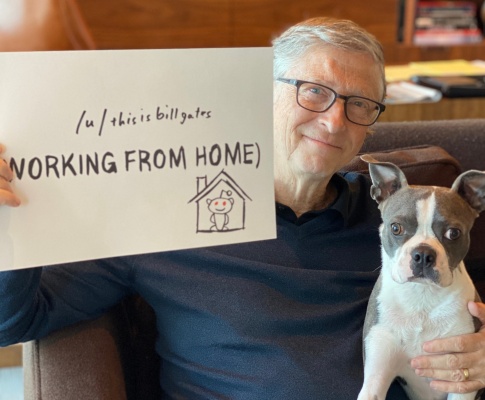 Bill Gates addresses coronavirus fears and hopes in AMA – TechCrunch
Bill Gates, newly free from his role on the Microsoft board, has taken to Reddit to answer the community’s questions about the pandemic, the government response, and what the world can do to be better prepared. Always candid but never cynical, Gates gives some heartening but realistic advice.…

It was also in April 2020 that the COVID-19 Credentials Initiative, a collaboration of more than 60 organisations got working to deploy digital identity solutions. “It’s time to start thinking about digital identity as a critical public infrastructure that we can leverage to bounce back from this challenge and ensure that we are more prepared for the next one… (but) an immunity passport system has to be designed in such a way that it conveys absolute confidence that the holders are who they say they are and are entitled to this ‘all clear’ status.”

“Biometric digital IDs can be a gamechanger”. – Prashant Yadav, a senior fellow at the US-based Centre for Global Development. It was also in 2016 when Seth Berkley from GAVI wrote that Digital identities would become an integral part of modern life, things like e-passports, digital health records, or Apple Pay could provide faster, easier, or sometimes smarter ways of accessing services.

Vaccine Passports are simply the defining building blocks for industry 4.0 digital identity systems. These digital vaccine passports and eventual bolt-on digital id verifiable credentials will not work alone, they are not meant to work alone, they would eventually require facial-biometric recognition software and perhaps covid wearables and there will be a huge practical shift to contactless ID verification going forward.

The certificates are a gateway drug to a more complex digital health wallets that one day will be full of other credentials for university qualifications, travel passports and visas, business cards or work badges, and of course your NHS number and many health records besides. 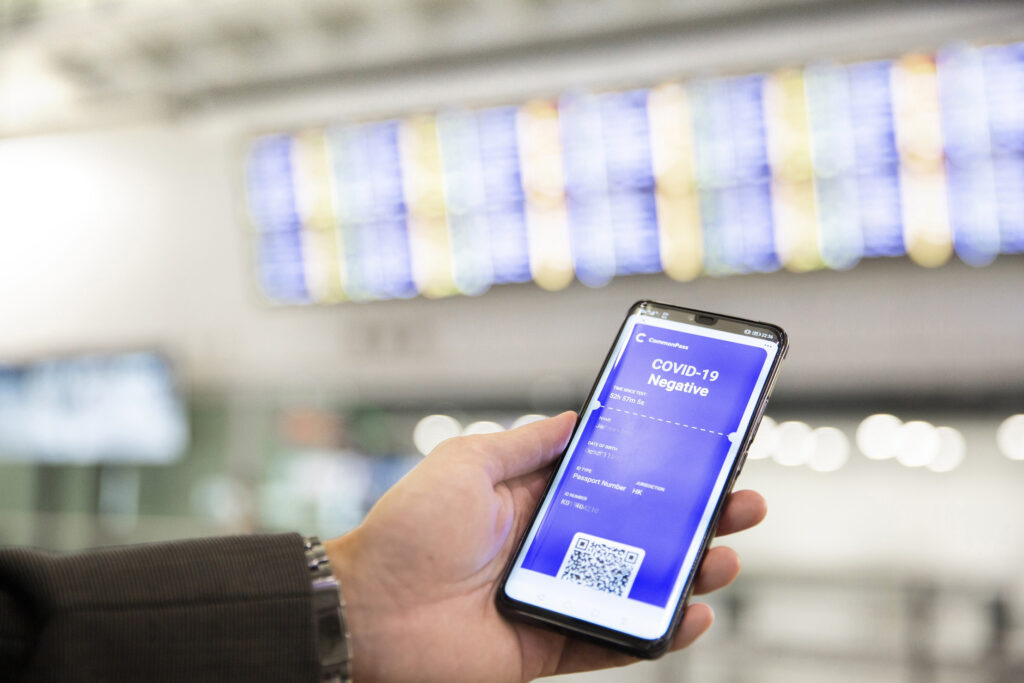 Even if one takes a cursory look at the Common pass system, aka the Known Traveller Digital Identity, it was meant for “surveillance-by-design” vision for tracking and control of travellers and it was more dystopian than anything we have seen before. It was designed to track Biometrics (initially facial images, possibly also fingerprints, etc.) Government-issued ID credentials (passport number, etc.) Travel history including logs of border crossings, hotel stays, and possibly also car rentals and/or other events.

Eventually purchase logs and possibly bank account information and/or other financial and transactions could be recorded. Incorporating pre-crime predictive “risk assessments” and profiling scores generated at each “intervention” point before and during each trip or transaction. And that each hotel trip, purchase, or other transaction would become like a border crossing permanently stamped in your vaccine passport as part of a digital “trip pass” subject to inspection on demand by authorities at subsequent “intervention” points:

The next steps? I’m pretty sure that this is just the start of the rollout of a truly interoperable digital world passport. 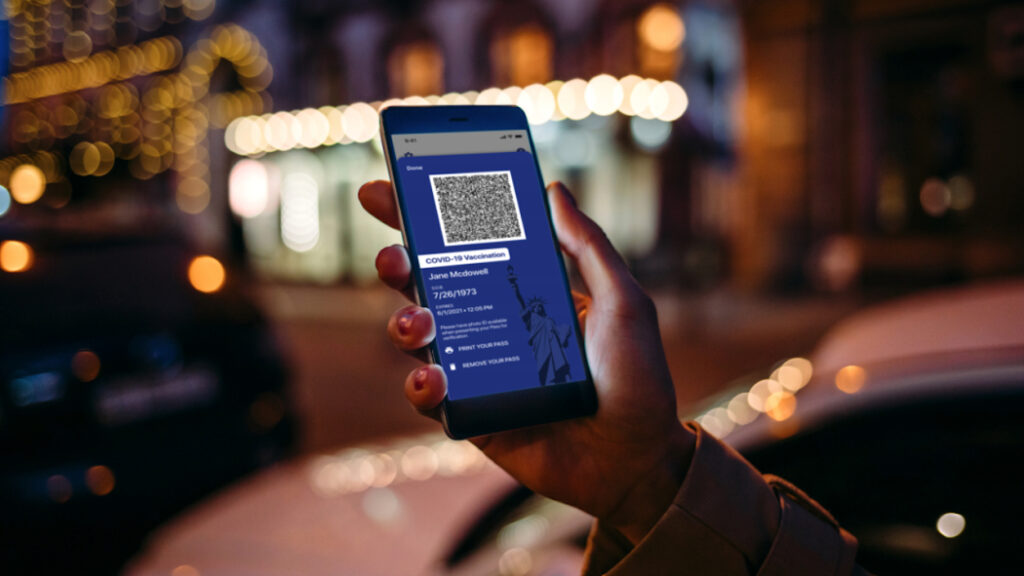 Where is this headed? In 2018 Mastercard in partnership with GAVI, ID2020 & Trust Stamp, worked on an AI Biometric digital identity solution with vaccination records and payment system and combined it all into a one single platform. The initiative received $3.8 million in Gavi funds and the same amount by Microsoft’s Bill Gates and in early June 2020, Gavi reported that Mastercard’s Wellness Pass program would be adapted in response to #COVID19 which would include “Vaccination Verification”.

So this vaccination technology is part of a wider payments platform. Mastercard was also the company which developed the payment solution for transactions on Aadhaar, India’s nationwide biometrics ID system, using UID numbers with biometric authentication which requires fingerprint and iris scans.

Vaccine Passports are merely to push the use-case for Digital Identity which only benefits the UN. The SDG 16.9 says “by 2030, to provide legal identity for all, including birth registration”. This requires all 193 member countries to ensure that everyone has identity by 2030. Vaccine passports are just the start of the new digital identity revolution and a permanent fixture to our new biosecurity surveillance state. It has nothing to do with #COVID19 and everything to do with “predictive policing.”

On a positive note, there are now many people who are now calling out such systems of control and tyranny. It remains to be seen if parliament can enact this legislation or if the public can unite, take a stand, and say no we do not want it. I suspect many will just go along with it, to get back some of the freedoms that were taken away last year. 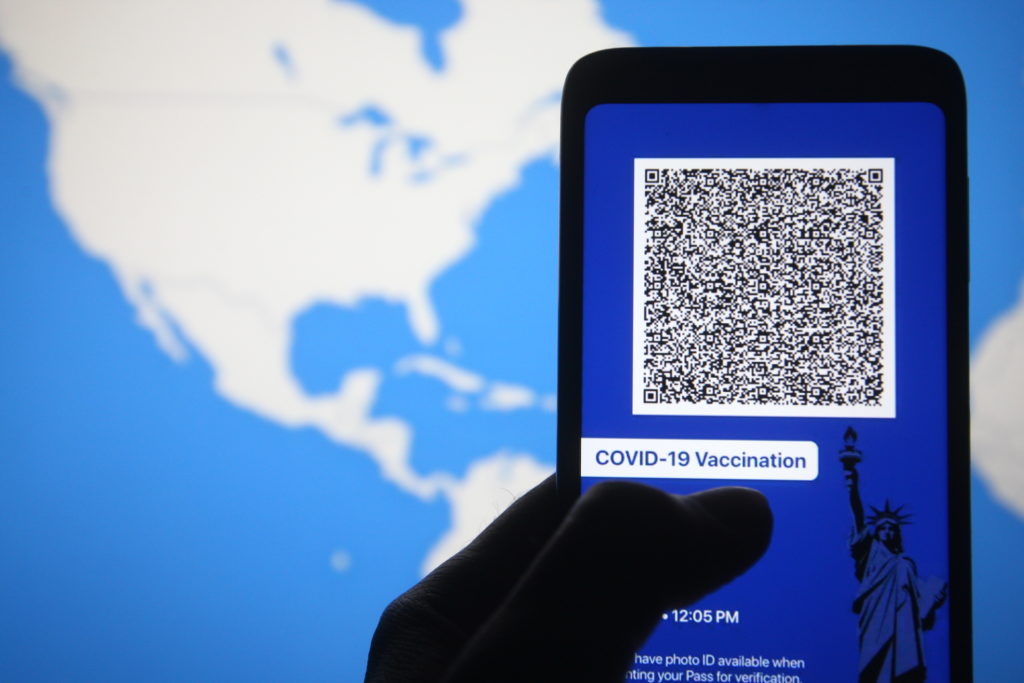 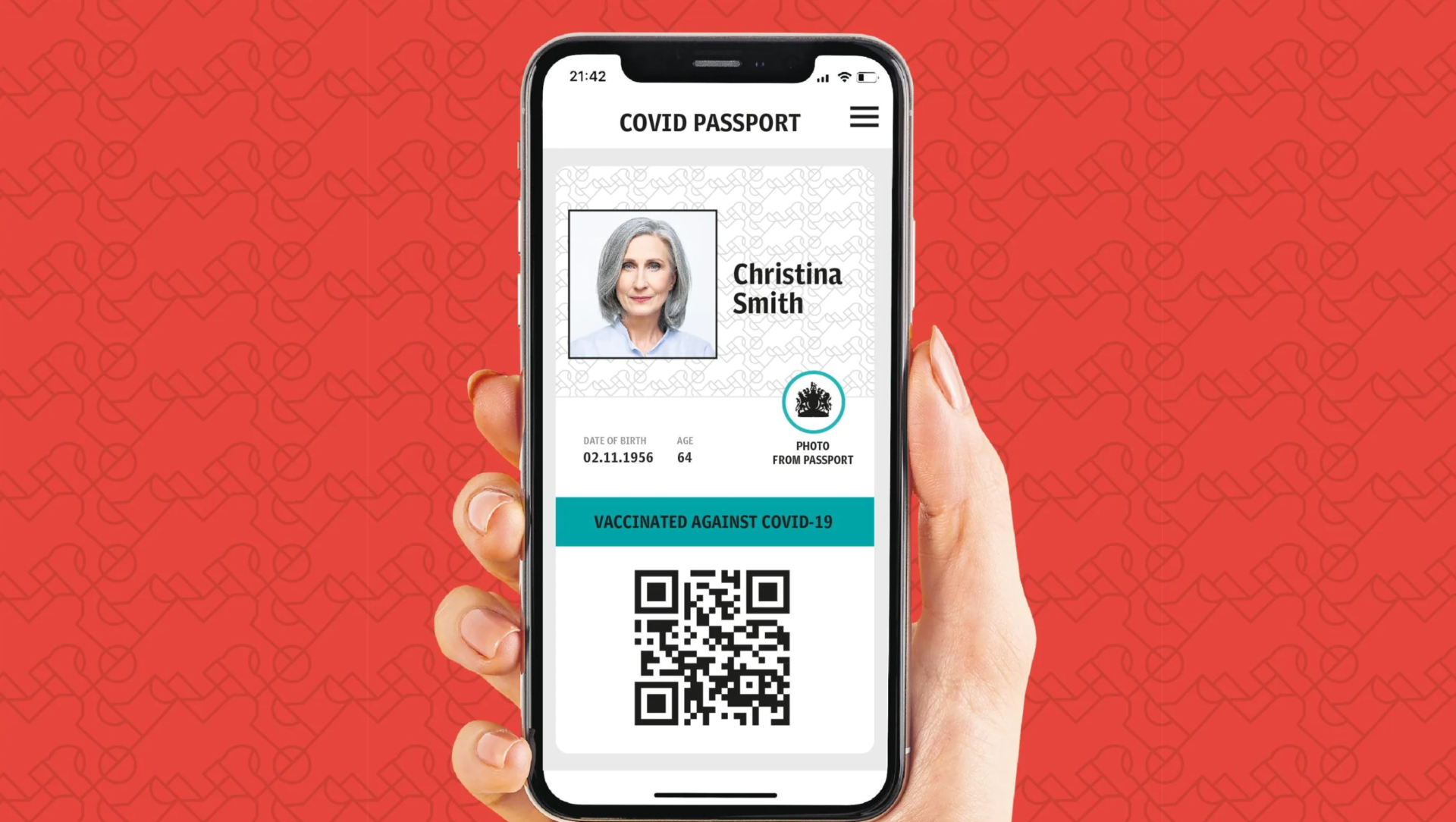 Is Boris Johnson Set to Announce the ID2020 Plan?