So that begs the question, what’s the Globalist agenda? As in any group, there are various factions with differing views, but overall, it’s safe to say that the Globalist agenda is the opposite of yours. Just for a lark, I’ll quote this article I found from 2013 from, unironically, “The Globalist”. This is some hilarious early propaganda, have a look:

“Globalists are by no means an elite circle of business or political leaders determined to push forward their agenda in a rapid-fire fashion.“

Umm, yes, that’s exactly what they are.

“What unites globalists is their interest in the process of constant discovery, learning, open-mindedness and exploration on a global scale“

This is top tier, Goebbels level propaganda written by Stephan Richter. He’s also a CNN contributer and author at the HuffPost (of course). The whole article is worth a browse, if only to see what they want you to think of them.

The problem they face, is that despite the fact that they hate you, they also need you. The only way for this to work, is that the Globalists have to convince you, that you want what they want. This is pure sport to them, and is regularly discussed at meetings in Davos or at WEF events, Bilderburg meetings and the like.

The photo above is from a ceremony called the ‘cremation of care’, held at the Bohemian Grove, another Globalist get together. If you’re new to this stuff, wondering what the ‘cremation of care’ is, or what Bilderburg would be, it’s safe to say that your agenda has nothing in common with the Elites. So how to they go about convincing you to work for them?

Well, they have enough ‘fuck you’ money to buy the media, politicians, and search engines to control an enormous amount of available information. There are tons of examples of this, but one I wanted to highlight, was one I found researching a previous post.

The media conglomerate, CNBC was interviewing Bill in Davos. Becky Quick asked Billy about the rise in populism:

Becky: “What have you seen just in the pullback from Globalism, the rise in populism, what has that meant in terms of what you can do with your work?”

Bill: “Well, it’s a huge concern that the plight in the kids in Africa would be lost in all the tough issues that people are dealing with domestically. President Macron is hosting in October, the Global Fund replenishment, and that’s the work for HIV, TB and malaria. He’s recommitted to doing that despite the turmoil. The UK is the biggest donor to the vaccine GAVI work, their aid budget has actually gone up, and the Prime Minister has been a big supporter of that, so you know in our dialog with them, they’re saying, no, we’re not going to let these things take away from our moral commitment and our belief that being a global leader, invest in a stable world is there, but we do still worry about it, concretely, the executive branch in the US wanted to cut but the Congress on a very strong bipartisan basis said no, they’re not going to cut these programs”

This is a stunning admission, that the unelectable Globalists are pulling the strings on National leaders to take policy positions that may not be supported by their constituents. Macron and May were both named as fellow Globalists. How many Congressmen were behest to the Global Cabal, while pushing back on the President?

That’s not how this is supposed to work. The idea behind Western political systems is to empower someone through a popular vote, and that they will take the ideals of that majority and enact policies on their behalf.

That system has been subverted by the Globalists.

The result has been a world turned upside down. Politicians have become authoritarian, cracking down on their own constituents: lockdowns, protest busting, vax passport systems, enacting segregation in society, breaking all existing moral and ethical rules for vaccine mandates.

The Globalists would ultimately like to do away with the political puppetry, because as Larry Fink, the CEO of Blackrock recently said, “Democracy is messy”.

But for every maliase, there is a cure, my friends. This cure is populism.

Exposing the coming Digital Dystopia. Fighting the Digital enslavery of the human race. Join me. 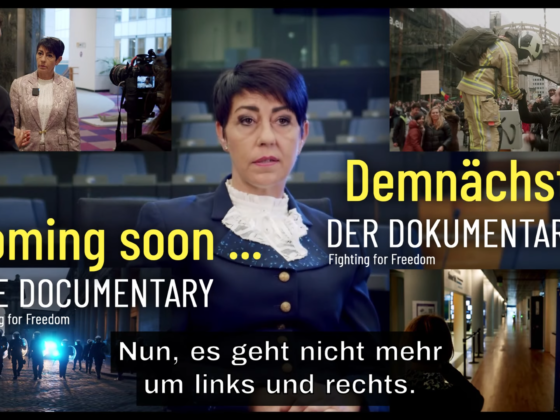