The unelected globalists at the WEF are labeling critiques against elements of their great reset agenda as ‘disinformation’: perspective

The unelected globalists at the WEF are labeling critiques against elements of their great reset agenda as “disinformation” and “misinformation.”

WEF Managing Director Adrian Monck recently claimed that the phrase “own nothing, be happy” had “started life as a screenshot, culled from the internet by an anonymous anti-Semitic account on the image board 4chan,” in an opinion piece he wrote for Rappler on July 25, which was later syndicated in The Globe and Mail.

“Own nothing, be happy. You might have heard the phrase. It started life as a screenshot, culled from the internet by an anonymous anti-semitic account on the image board 4chan. ‘Own nothing, be happy – The Jew World Order 2030’, said the post, which went viral among extremists” — Adrian Monck, WEF, 2022

However, the phrase didn’t “start life as a screenshot” — it came directly from a video on the WEF’s own website and social media channels.

In fact, “You’ll own nothing. And you’ll be happy” actually originates, verbatim, from the WEF’s “8 Predictions for the World in 2030,” which was published in 2016 and is still on the WEF Agenda blog at the time of this publication.

“The story of ‘You’ll own nothing and be happy’ is anything but trivial and offers valuable insights into how disinformation is created and why it’s essential not to perpetuate its spread” — Adrian Monck, WEF, 2022

In his piece, Monck acknowledges the phrase’s origins, stating, “The story begins in 2016, with the publication of an opinion piece on the World Economic Forum’s Agenda website by Danish MP, Ida Auken, ‘Welcome to 2030: I own nothing, have no privacy, and life has never been better.’ It is the reference for a social media video entitled ‘8 Predictions for the World in 2030.’”

So, in a way, the WEF managing director was technically correct about the phrase being “culled from the internet” because that’s where the WEF published it — on the internet.

From there, his main focus was on how people interpreted what they believed the WEF’s phrase meant while dismissing their opinions as “disinformation” because of their alleged group identities and affiliations.

“Bad faith actors have also targeted the Forum’s coverage of the circular economy (economic systems that aim to eliminate waste by reusing raw materials rather than disposing of them), decrying it as a ‘top-down agenda’ coming from ‘unelected globalists looking to reshape the world in their image’” — Adrian Monck, WEF, 2022

Monck also took a direct shot at The Sociable‘s coverage of the unelected globalists’ agendas, referring to us as “bad faith actors” for targeting “the Forum’s coverage of the circular economy” while quoting and linking to one of our stories on the topic.

What the unelected globalist leaves out is that Auken had referred to the circular economy as the means by which people would own nothing in this futuristic scenario where “Everything you considered a product, has now become a service.”

In 2016, Royal Philips Electronics CEO Frans Van Houten explained the concept to the WEF in the video below.

“In circular economy business models, I would like products to come back to me as the original designer and manufacturer […] Why would I actually sell you the product if you are primarily interested in the benefit of the product?” — Frans Van Houten, WEF, 2016 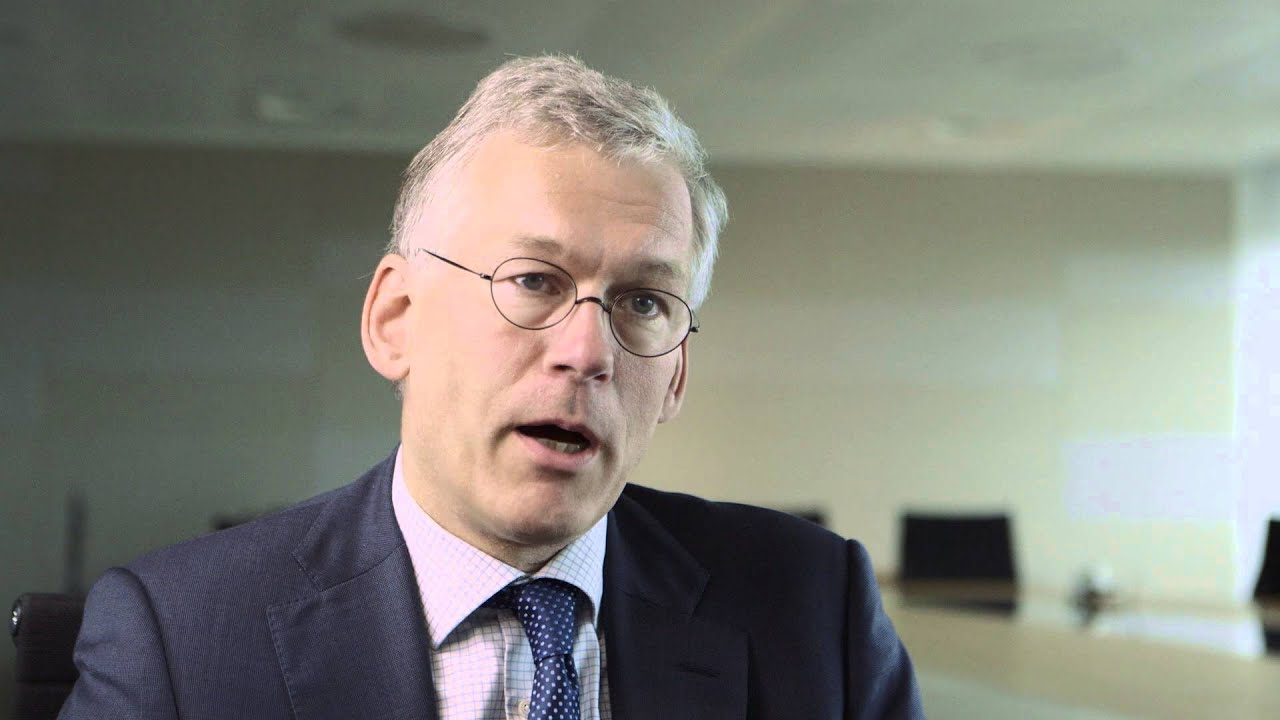 “In circular economy business models, I would like products to come back to me as the original designer and manufacturer,” he said, adding, “and once you get your head around that notion, why would I actually sell you the product if you are primarily interested in the benefit of the product?

“Maybe I can stay the owner of the product and just sell you the benefit as a service.”

And circular economy business models, where all products become services to be rented out, are still being pushed by the unelected globalists to this day.

“A smaller number of asset owners will take custodianship of assets to keep them in use and provide services to many users based on consumption” — WEF Agenda, 2022

On July 5, 2022, the WEF published a story called “How a circular economy could help tackle Sri Lanka’s economic crisis” on its Agenda blog highlighting how having a class of owners taking custodianship of assets could help the country’s economy.

According to the blog, “In a performance economy, which encompasses one of the economic principles of a circular economy, a smaller number of asset owners will take custodianship of assets to keep them in use and provide services to many users based on consumption.”

The author goes on to say, “The advantage of a concept like circular economy is that the payment is related to the level of consumption, rather than what is being paid to get access to the asset (i.e. the price of ownership).”

“The consequences of unabated disinformation are dangerous” — Adrian Monck, WEF, 2022

The whole concept of owning nothing and being happy is based on Auken’s essay crediting the circular economy, which the WEF latched-on to and continues to push for to this day.

And yet, the WEF’s managing director is saying that criticism against both the phrase and the circular economy is really a “disinformation campaign” perpetuated by bad faith actors, anti-Semites, and white supremacists.

When dealing with unelected globalists, it’s important to read between their lines and distinguish their half-truths.

Yes, it is true that part of the circular economy is about “reusing raw materials rather than disposing of them,” as Monck says, but he completely ignores the Product as a Service business model that is actually the subject of criticism.

It is all part of the great reset agenda to revamp all aspects of society and the global economy — an agenda that pre-dates the pandemic, even though it wasn’t officially launched until June, 2020.

Another claim from Monck’s story is that “Reuters Fact Check concluded in February 2021, The World Economic Forum does not have a stated goal to have people ‘own nothing and be happy’ by 2030.”

But would it be misinforming to not include the fact that the WEF partnered with Reuters for exclusive content just one month before that so-called “fact check” was published?

These “fact checks” are more about narrative control to serve the interests of unelected globalists than they are about promoting genuine free speech for the good of society.

And Monck’s entire opinion piece deflects responsibility away from the WEF by saying “you’ll own nothing and be happy” only became popular because it was shared by alleged white supremacists, anti-Semites, and bad faith actors.

The fact is that the WEF came up with the phrase, but now that more people have caught-on and are aware of it, the unelected globalists are trying to smear those who don’t agree with it as Far-Right conspiracy theorists or worse.

The WEF managing director claims that “disinformation derails free speech” while asserting that “action to prevent lies being accepted as truth can help […] promote genuine free speech, allowing us all to freely exchange ideas and opinions.”

What sort of “action” is he talking about, and how could that ever allow us to “freely exchange ideas and opinions?”

Are we not freely exchanging ideas and opinions when we call out unelected globalists for their massive influence over businesses, governments, and society?

While I personally believe that Monck’s opinion piece was misinforming, I would never take action to try to have him censored.

He has every right to his opinion just as you do, dear reader, and we are free to make our own choices and come to our own conclusions. 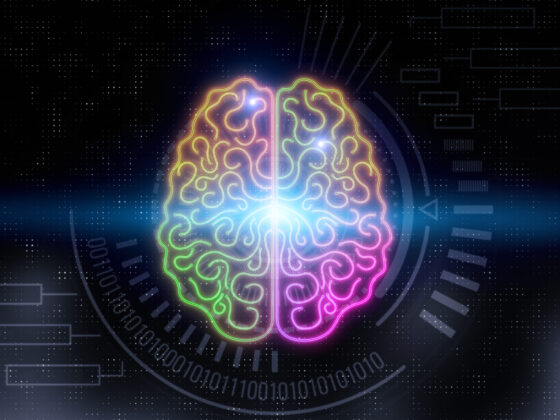 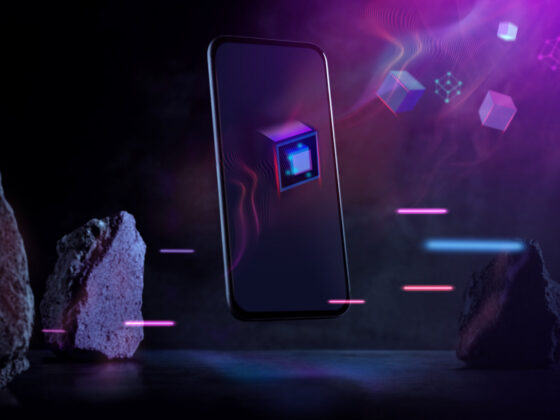