The technocratic totalitarianism that’s coming for every country is modelled after the CCP style of authoritarian rule and this digital surveillance apparatus is what allows the CCP to reach into the homes and the lives of every resident on a 24/7 basis.

We know the technology behind digital currency, vaccine passports, and the social credit systems have been in the works for years, and thanks to COVID, the elites dream of a totalitarian lock step police state is being realised.

Their plan to get every man, woman and child jabbed with their continuously updatable Self Assembling Nano Circuitry operating system and connect every human’s vaccine history to a global AI digital identity system. This new OS requires a certain number of “updates” before it becomes fully operational inside the human body.

We have seen increasingly aggressive rhetoric coming out of the mouths of Western puppet leaders in recent weeks. They are getting ready to replace the carrot and the stick with a baseball bat made of steel, those of us who know the truth will not bend or break.

Its a Plan: “All the things they’re doing is to frighten us, why there doing that is to push us to get Vaccinated & why are they doing that? I’m afraid its Vaccination Passports and 'Digital ID' and that’s what I think this is all about” – Dr Mike Yeadon with @thecoastguy. pic.twitter.com/AzlzM6cgWT

It’s a Plan: “All the things they’re doing, is to frighten us. Why there doing that is to push us to get vaccinated and why are they doing that? I’m afraid its vaccination passports and digital id’ and that’s what I think this is all about.” – Dr Mike Yeadon told the Coast Guy Neil Oliver on GB News earlier this week. He is correct, vaccine passports mean our bodies will be owned by big tech and big pharma for life.

Mr Javid replied: “On the issue that she also raised around the domestic certification; I have to say I do share my honourable friend’s instinctive discomfort. I want to assure her, I will assure the House, that as far as I’m concerned, we won’t be keeping domestic certification in place for a moment longer than absolutely necessary.”

The same health secretary was a leading supporter of making booster jabs a mandatory requirement for domestic vaccine passports, and that Government sources have suggested the move was “inevitable”.

And as Sajid Javid said those words we spotted yet another new covid pass contract awarded on 10 Jan 2022, the DHSC awarded a contract for the COVID Pass. Published date: 12 January 2022. DHSC – NHSX COVID Pass – for the Software Development Services with a value of £391,000. However, it is hard to tell what exactly this is for.

Regardless, no MP is bold enough to rally behind the claim that vaccine passports are making any difference. In fact, Boris Johnson ‘must now scrap domestic style Covid vaccine passports to save his career’ his MPs are urging and demanding.

Digital Identity is the name of the COVID game. The ID2020 Alliance is supported by the United Nations, and its goal is part of the UN’s 2030 Sustainable Development Goals, which call for “digitized legal identity for all people worldwide, including birth registration, by 2030.”

“The UN Sustainable Development Goals (SDGs) aim is to provide legal identity for every person in the world by the year 2030. Digital identity will be a major catalyst to achieve that goal.” 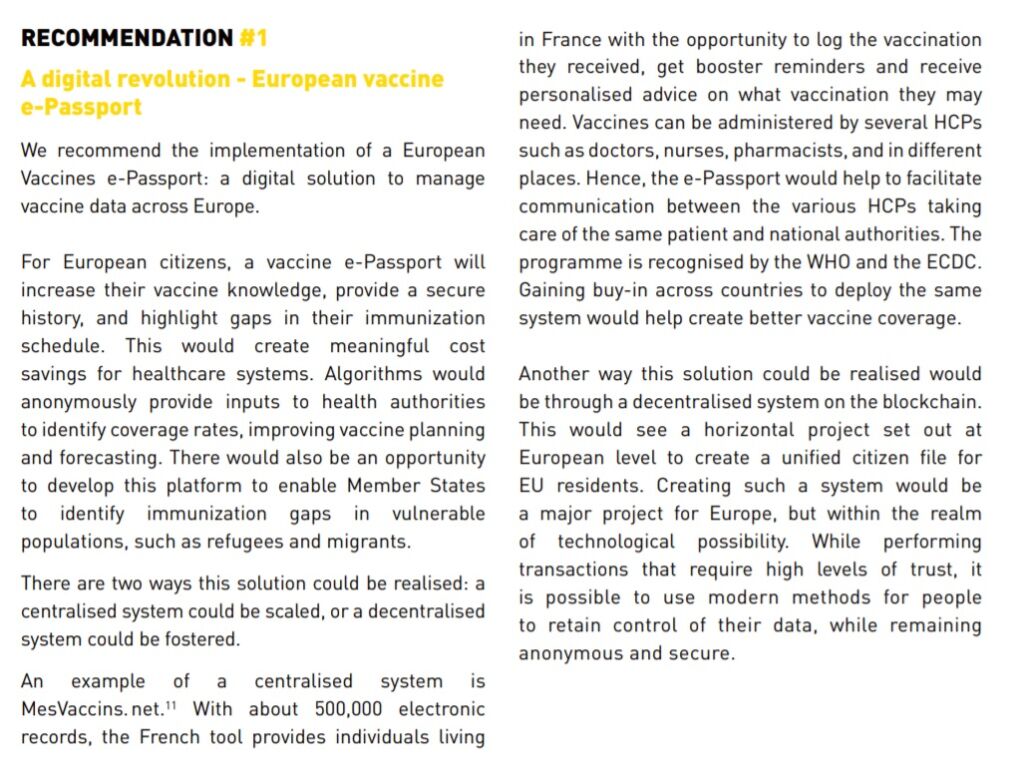 These technologies and plans were waiting in the wings for an engineered crisis to emerge.

In Wales, a booster jab will be required to be able to use Wales’s Covid pass in the future, the First Minister has said. Currently the original two doses of the vaccine are required to be able to download the pass, which can also be accessed if you have a negative lateral flow or a PCR test. Speaking to Radio Wales, Mark Drakeford said that such a move was “imminent” as soon as changes are made to the app.

And in Scotland: “Covid Passports were sold as a solution to nightclubs to remain open, but it’s clear from the period of closure and restrictions that this is not the case, its also clear there is no evidence or data to support it and should be ended in line with the date restrictions are withdrawn Jan 28 2022” Said Michael Kill of the Night-time Industries Association.

As Scotland contemplates expanding its vaccine passport to Pubs, Cinemas and Theatres. A new ‘FOI request’ to show the impacts of this NPI reveals again they have no evidence / data to back these measures up, and it quotes “It’s challenging to isolate effects of any one element of the Covid response.”

The real reason for vaccine passports is confirmed and it’s not for your health, it’s for the introduction of Digital and Biometric identity onboarding. The state of Western Australia has launched in their own words a new “Digital ID app” called “Service WA” which it says will enable users to show proof of vaccination status, check into businesses, used for interstate travel and it will broaden its use for different purposes.

“The app has the capacity to accommodate additional COVID-related services in the future.” – Health Minister Amber-Jade Sanderson. 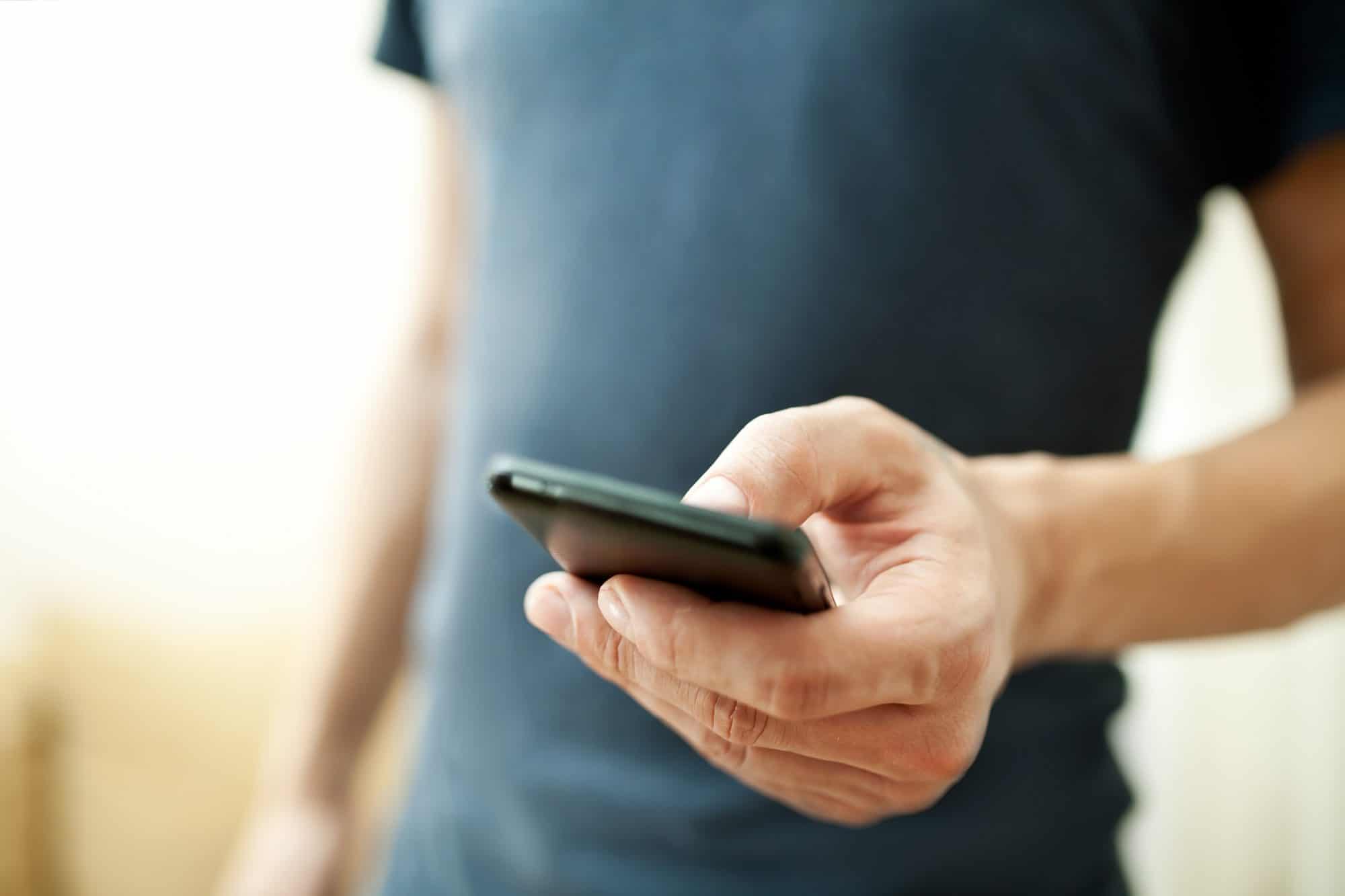 The Service WA app is an application provided by the Western Australian Government to help connect with WA State Government services. Initially the Service WA app aims to assist the community during the COVID-19 transition but aims to expand to include other services into the future.

They say, “Setting up and logging into your Service WA account is safe and secure using your Digital Identity, such as myGovID.” as it uses the MyGOV foundational digital identity.

“Safe WA – for individuals checking in at WA businesses, venues, and events. Import COVID-19 digital certificate – for secure presentation of your proof of vaccination or exemption on demand. G2G Pass – to access your travel passes when you travel into WA.”

From Monday 31 January 2022, proof of vaccination requirements will expand to apply to venues and events state-wide.

ServiceWA app is secure and no user venue check-in data will be accessible by WA Police, as it previously was for SafeWA.

“The WA Government acted quickly to close a legal loophole that was identified with the SafeWA app in June 2021, where contact register information could be disclosed in compliance with the law, as per the SafeWA Privacy Policy,” a government spokesperson said. 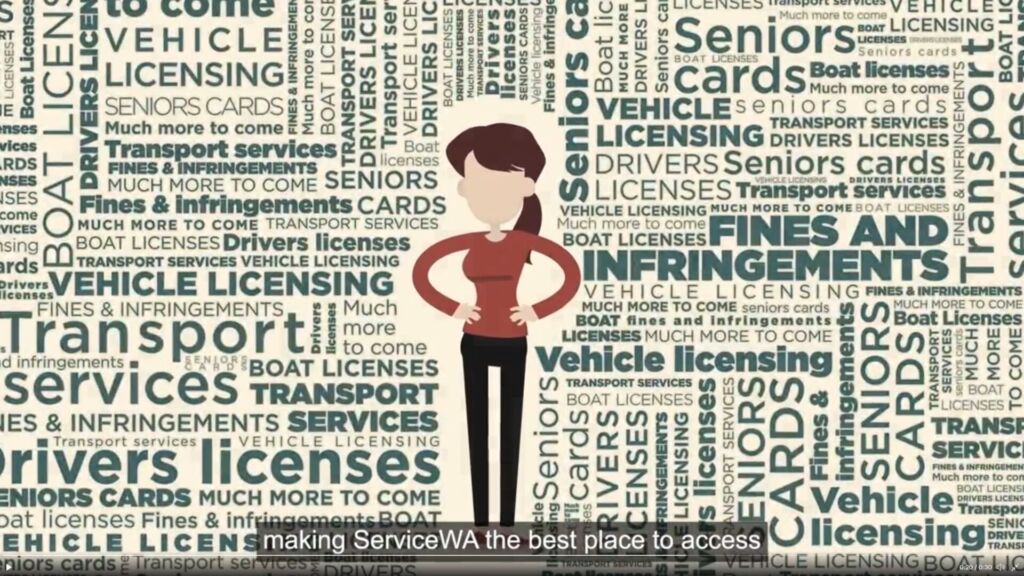 Health Minister Amber-Jade Sanderson on Tuesday acknowledged the initial process was a “bit fiddly” and could take about 30 minutes.

Western Australia’s Mark McGowan bans the unvaccinated / unboosted from all aspects of public life including hospitals and everywhere else.

Western Australia’s premier Mark McGowan has effectively banned the unvaccinated / un-boosted from all aspects of public life including hospitals. Stating if you don’t have a vaccine passport aka the digital identity app, you will get no access to services.

And how can they enforce this?

Police Commissioner Chris Dawson said officers would be doing spot checks to make sure punters were doing the right thing. “If someone breaches this, it’s going to be be a very expensive drink,” he said. He warned those trying to cheat the system or use someone else’s phone would face a $1000 on-the-spot fine as well as a possible $50,000 penalty in court.

He said the app used “world leading encryption” and the information stored on it would be kept private. “Police will not be able to access the Service WA health contact tracing data that’s in this app,” he said. “The G2G app will be accessible by police, but not the health related data.”

The app will be accessible to police.

Watch: A middle aged woman has been arrested by five police at a popular cafe after refusing to show her vaccine passport. 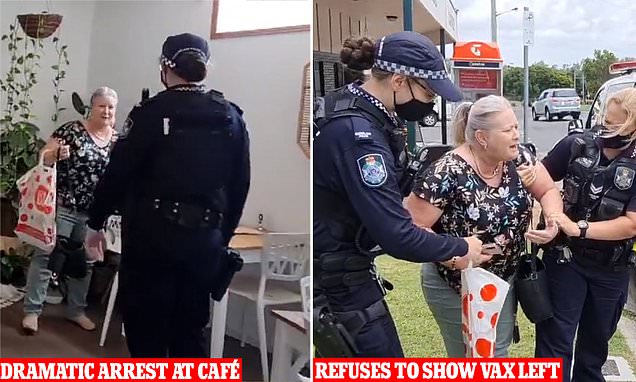 Astonishing moment FIVE Aussie police arrest woman over vax passport
A 46-year-old woman was dramatically arrested by five police officers at a popular cafe in Queensland after she refused to show her proof of vaccination.

The rhetoric thrown around indicates the plan is to basically destroy the life for anyone who refuses to consent to be a part of this failed medical experiment. Australia doesn’t need a no covid strategy, it needs a no oppression strategy.

The war on mitigating covid risk is endless, and it will cost us our liberties, our way of life, and our souls. The time to resist vaccine passport and the wider agenda to rollout digital identity schemes is now. Because once the QR code scanning becomes habitual, a social credit system is then inevitable. Those in power can use this infrastructure to turn off a person’s ability to buy petrol because that person’s carbon footprint is too high.

The vaccine passport is a pathway to a social credit system, through a totalitarian perspective it’s a brilliant combination of national digital id numbers combined with high tech surveillance all controlled by advanced AI. Interested parties know they have a narrow window for putting the bare bones of a vaccine passport system in place before the crisis atmosphere of Covid quickly evaporates so we too still have an equally narrow window for preventing it. The time to resist vaccine passports is now. 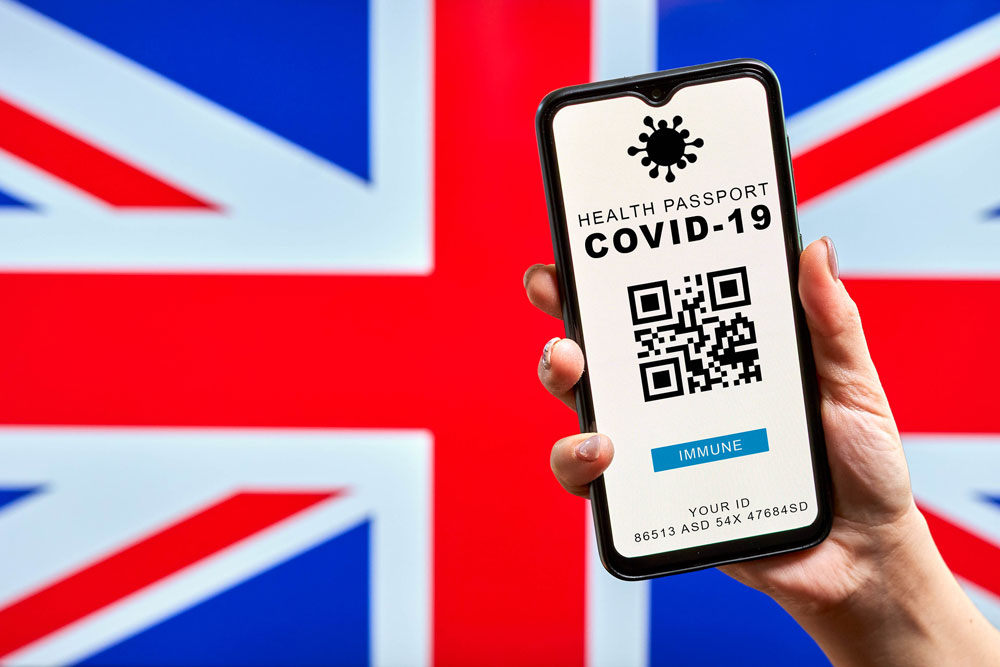 What we are seeing now, is the real-time implementation of a true biometric surveillance state, to monitor and record everyone’s… 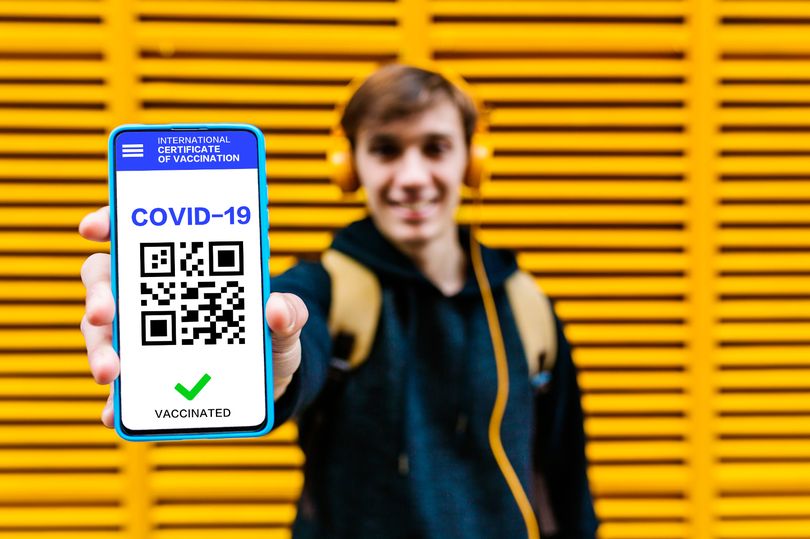 Its official, the UK is now a ‘show me your papers’ country with the new ‘Covid Certification System’ planned to… 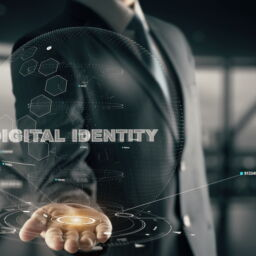 ‘No Booster Shots in Your Digital Identity Results in Loss of Freedoms.’ 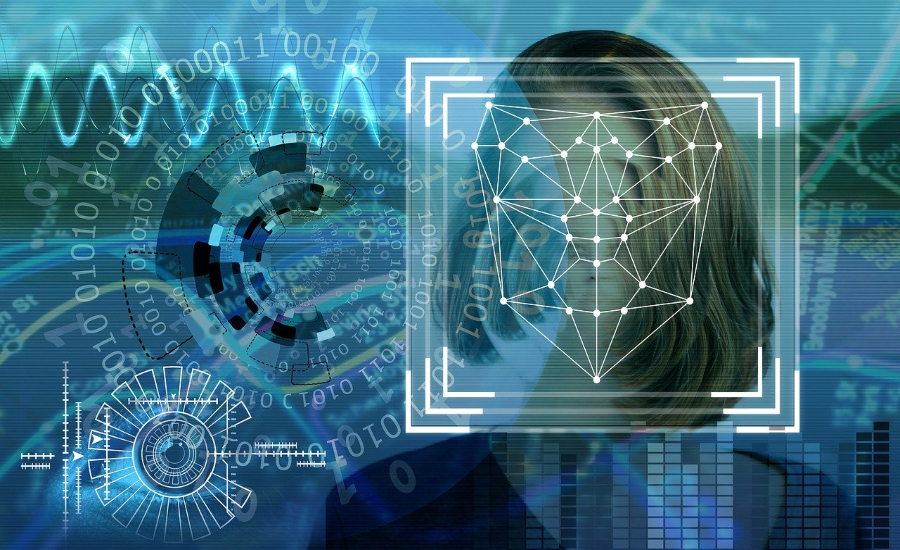 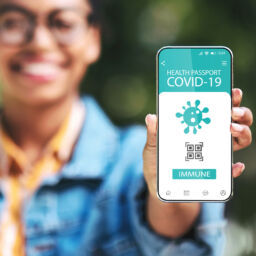 ‘UK Domestic Vaccine Passports: Is It Really Over?’

Are more psychological operations being played here? Remember all those times where the Government said they were not developing vaccine… 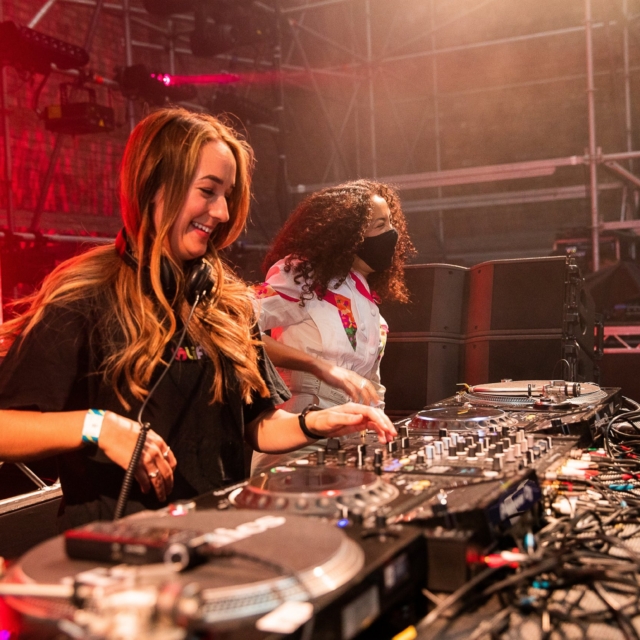 ‘When Mass Testing Morphs into Vaccine Passports and Digital ID’

A digital identity encompasses everything that makes you unique in the digital realm, and it is a system that can… 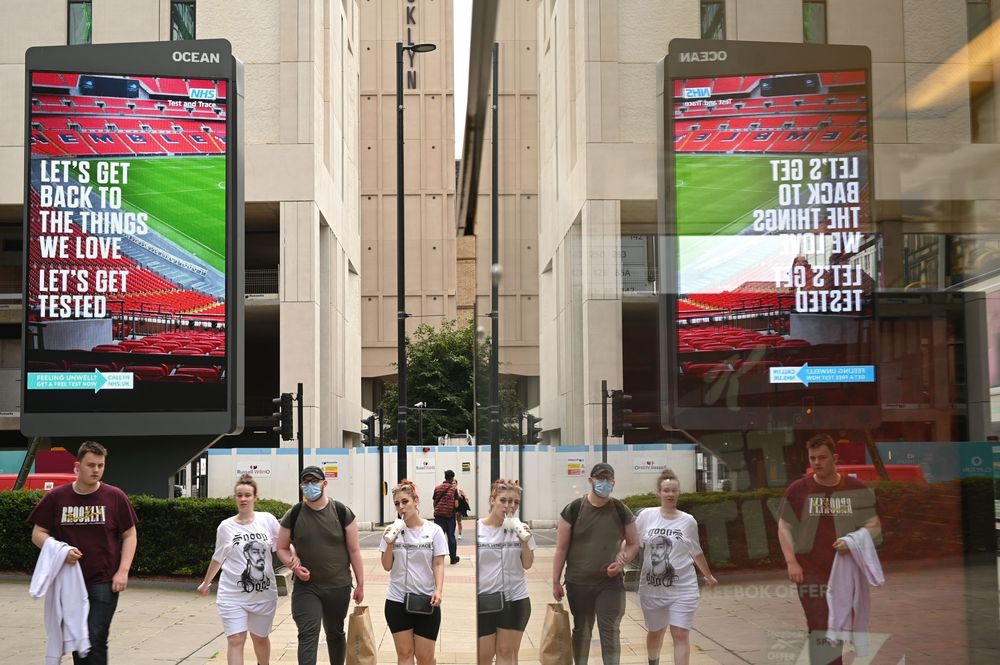 ‘New Normal Part 1: To Get Back to the Things we Love. Let’s Get Tested’

This is an updated and expanded article to a thread I posted on Twitter in August of 2020, breaking down…

Alexis de Tocqueville understood the nature of this dumb, slow march of bankers’ tyranny. In “Democracy in America” (1835) he… 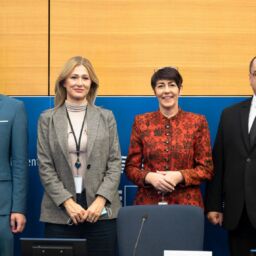 Digital ID: How did vaccine passports happen so quickly? The planning started some time ago. In a 2018 article from…

The new COVID-19 Passports will “likely become a feature of all our lives”, the government has said, following a recent…

‘COVID-19 Spurs Global Plans to Give All Citizens Digital Identities’

The Brief History – Get up To Speed: In 2016 Dakota Gruener the Executive Director of ID2020, a global public-private…

I’ve been following the development of so-called “Health Passports” since last April when the Covid Credential Initiative formed. The COVID…

‘Vaccine Passports: Unvaccinated to Be Barred from Events From 2022.’

Just a mere 48 hours after I wrote this piece over the weekend writing that domestic vaccine passports were scrapped…. 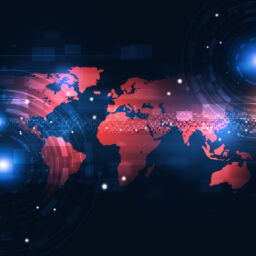 ‘Vaccine Digital ID & The Chinafication of the West’

Vaccine Passports via digital identity was always the end goal of the global pandemic, the elites have been planning this…