I watched a very strange vid yesterday, showcasing a set of postcards from late 1800’s and early 1900’s, with superimposed effects but an odd theme. Babies being harvested I guess is the best way to put it, sort of showing that they have been grown in cabbage patches, or scooped out of the water with buckets, or floated on small boats. I’ll link the vid at the bottom so you can see for yourself, but it made me think of a few things (as does happen).

Cabbage patch dolls (they are mentioned in the vid) and hearing some people were told they came from a cabbage patch. I just thought it was a funny thing to say when you didn’t want to answer the question ‘where do babies come from’, and it could well be. But when the vid explained a little more into the history of those dolls and idea, it gets a bit weird, and there is a lawsuit. In the 80’s some guy ‘invented’ the dolls, sold them, became a millionaire. Turns out, he stole the idea, and made millions. More on that here – Cabbage Patch Scandal

When you read how huge the whole thing was in the 1980’s it has all the hallmarks of a created fad, as all of them were, but my article on The first fad goes into that a little more if interested in the marketing side of it to whip up a frenzy in people.

But the whole back story they created for this fad is a weird one, although quite a delightful little adventure on the face of it, of a daydreaming boy in the mountains in Georgia USA, whose attention is caught by a rabbit/bee hybrid. He follows it into a cave. (No parallels at all there to Alice in Wonderland hey? Although I believe that is a cover story too). They come out into another place, where there happens to be lots of babies and small children being grown in cabbage patches by way of a magic crystal power sprinkled on them, and they expect to have homes found for them. I know, like I said, weird. Here’s the full short story if you are interested – The legend of the Cabbage Patch. But a few things sprung to mind from that, firstly was the crystal cave found in Mexico, probably not relevant but thought of anyway. Secondly was just word association, I suddenly thought of the Caucasus Mountains, as it’s rumoured that ‘Caucasians’ came out of those mountains. But they aren’t in USA I thought, but turns out they are in Georgia, on the border of Europe and Asia. Again, maybe nothing. Another little thought was also of those two green children being found in Cornwall apparently hundreds of years ago, said to have emerged from a cave.

Growing babies – There has also been talk of growing babies recently, trying to get people to imagine a life from conception to birth with no ‘interference’ from the ‘carrier’. Meaning they can be monitored and their development tinkered with along the way. My article Pod life goes into that briefly, but I suggest you read Brave New World if you haven’t, for an extra idea of what they might hope to do.

Back to the previous possible ‘growth phase’ though, with lots of representations on those postcards of water, buckets, and like they are being shipped somewhere. Made me think of that age old story of Moses being placed in reeds and floating down the Nile. Not unlike another storyline of a recent film, Willow. An evil ruler, death to a new born who can bring them down, baby put on water to float in reeds… a great film, but not a new story, obviously.

Orphan trains / asylums / Incubators – A rather odd and in my mind, dark part of known and documented history, but is out of place for anything normal. Unless things aren’t as they say, of course. I mention it briefly in my article Just passing through, but will put the important info here again –

“The Orphan Train Movement was a supervised welfare program that transported children from crowded Eastern cities of the United States to foster homes located largely in rural areas of the Midwest. The orphan trains operated between 1854 and 1929, relocating about 200,000 children.”

Why really would they just ship children away from the Eastern cities, to foster parents in in the Midwest, really? And the parents just happily handed their kids over to be sent somewhere to ease ‘overcrowding’. In the real world, you would expect families to relocate, together if there was so much space and resources that families could take on extra children and feed them, school them etc. Or maybe that’s why so many asylums were needed around that time too, maybe that’s where the parents got taken so the children could be shipped off? So many questions on that. But a convenient cover for why you might have had train loads of children being moved around. Did they have families at all, or were they to be part of the ‘new breed’, populating towns and cities all over with a story of fostering, or of being orphaned, knowing no different themselves. And the incubator babies also mentioned in the vid and I have heard about before, could also be a way to get babies being bred somewhere else into plain view, and into the system. They say it came about because they needed to up the birth rate in France as it was in decline due to there being the Franco-Prussian war and a famine between 1870-1871. Sounds like a big declaration, based on only a couple of years but maybe there’s more to it. Either way, a Frenchman had an idea based on keeping poultry warm, asked the local hospital to borrow a couple of premature babies so he could take them to a circus and show off his invention. They said yes…and the rest is history as they say, with him ending up as a display in would you believe it, Coney Island. Where you would have a high volume of people and children passing through I am sure, a first port perhaps before the processing centre of Ellis Island.

But what if you found something, like a cave or tunnel to somewhere else, where they created people in this way, could that have been the original way to spawn people? Like they say in Superman (the new ones), where they are grown for specific purpose, eliminating being able to reproduce naturally. But what if what we know as natural now, wasn’t how it started there – what if it was ordered and each one grown to specification, but maybe they redesigned it, us, to be able to self-reproduce – to save the species. And what if after being saved and going the natural way for a certain amount of time, some people decided to reverse that. To undo the process of self-replication, and go back to the use of a cloning process. Maybe that is why we were made in someone’s image, possibly it’s meant literally. Who can say for sure, and it may sound ridiculous but I suspect I will be giving this more thought… 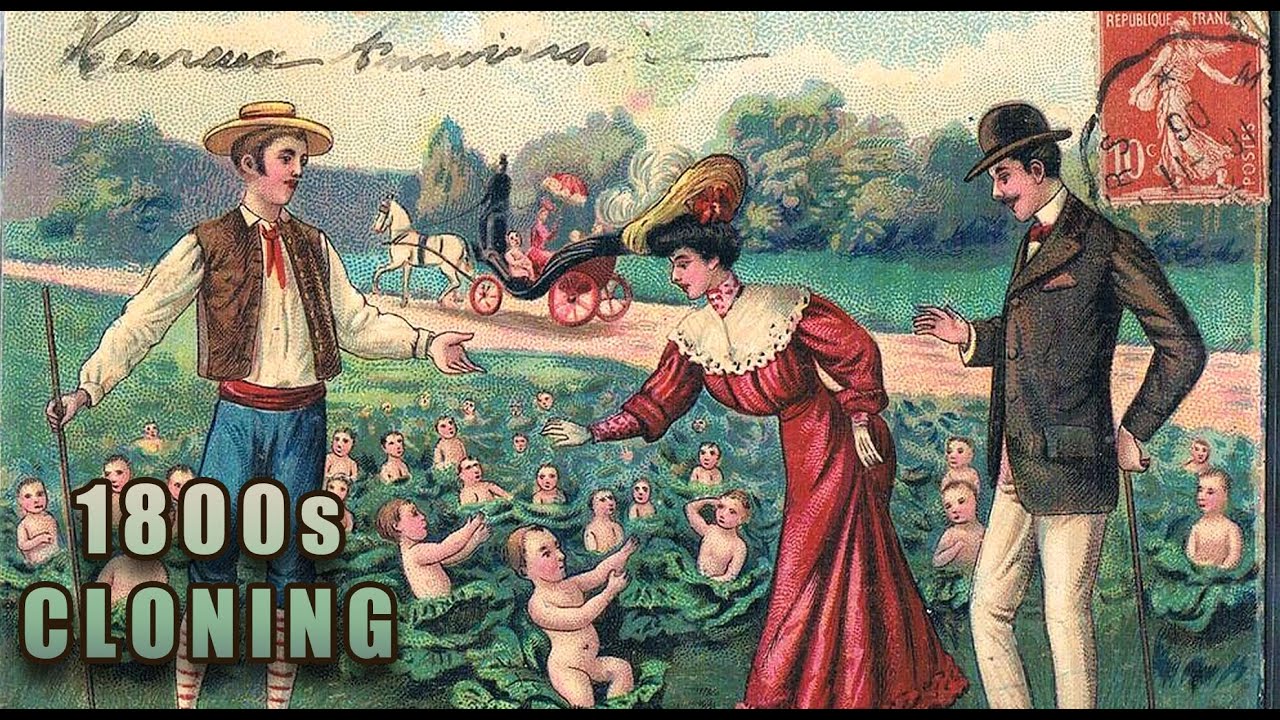